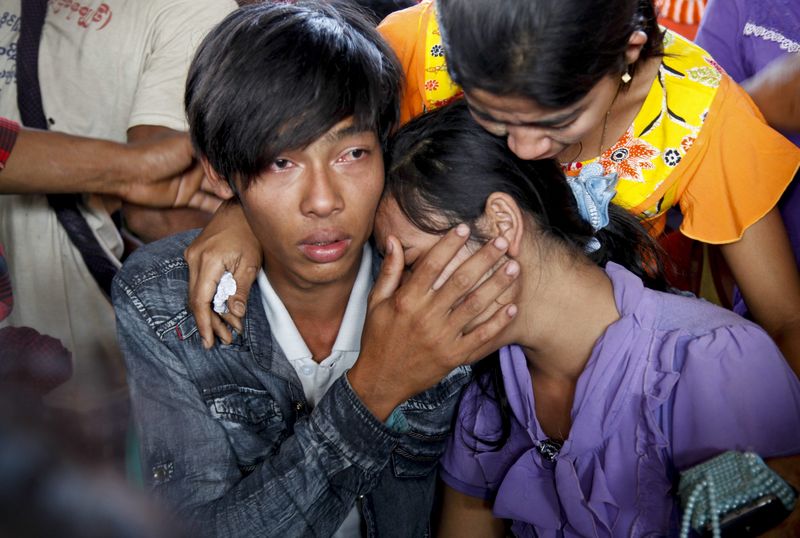 | Photo: EPA
by Anadolu Agency Mar 14, 2015 12:00 am
At least 59 people have been confirmed dead in a ferry disaster off the western coast of Myanmar after authorities recovered more bodies from the wreckage.

A team of ten divers discovered another 23 bodies from the capsized ferry Monday, the state-backed Global New Light of Myanmar reported.

It added that 169 people had survived after the boat took on water and capsized late Friday; previous reports said there were 167 survivors.

The double-decker Aung Tagun 3 ferry was carrying over 225 passengers when it left the town of Kyauphyu destined for Sittwe, the capital of coastal Rakhine state.

Rakhine is one of the least developed states in the impoverished Southeast Asian nation, making travel along its poorly-built, potholed roads impractical for many people who live there.

Many opt to go by sea because it is often cheaper and easier, despite the poor safety record of passenger boats in the state.