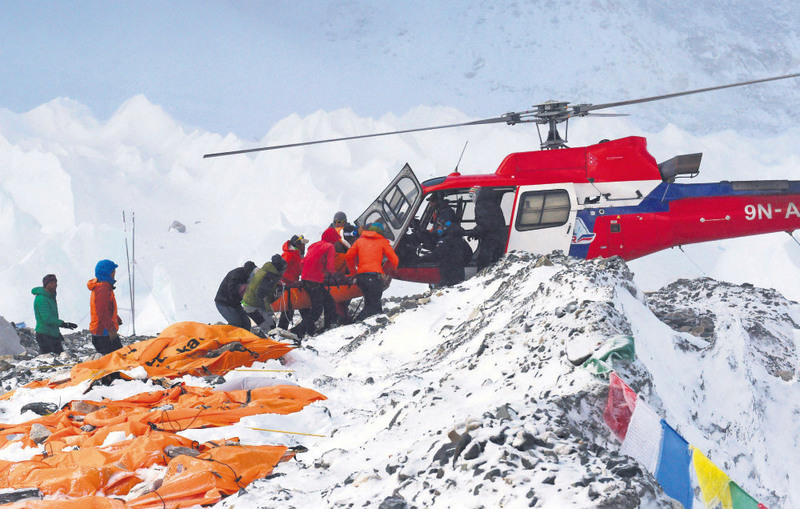 by reuters Apr 26, 2015 12:00 am
The first rescue plane carrying people injured in an earthquake-triggered avalanche that ripped through tents on Mount Everest arrived in Kathmandu on Sunday shortly before a strong aftershock rocked India and Nepal and triggered more snowfalls. Nepal's worst earthquake in 81 years, at 7.9 magnitude, killed at least 1,900 people on Saturday including at least 17 climbers on Everest. Survivors on Everest described a cloud of rock and ice that smashed into base camp, and many climbers were still on the mountain when an aftershock triggered a new series of avalanches on Sunday. There were no immediate reports of more casualties. "Another big one. Really big. Rockfall off surrounding peaks in North Side #everest base camp. Worst possible news for south," climber Adrian Ballinger posted on Twitter. The 6.7 magnitude aftershock felt as far away as Delhi also set off an avalanche on nearby Mount Makalu, the world's firth highest peak.
Last Update: Apr 26, 2015 8:04 pm
RELATED TOPICS