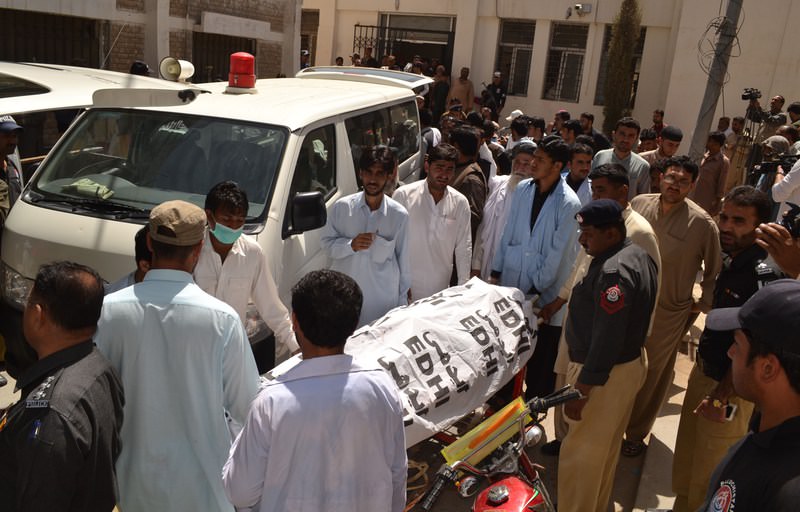 by Anadolu Agency Jun 06, 2015 12:00 am
Four police officers were killed when their patrol was ambushed in Quetta, the capital of restive southwestern Baluchistan province on Saturday, officials said.

The ambush follows a deadly bus attack by Baluch separatists in Mastung district, 50 kilometers (30 miles) from Quetta, in which 22 passengers were killed last week.

Baluchistan, which is the size of Italy, has been beset of separatist violence for six decades which has resulted in thousands of deaths.

Separatists claim the province was forcibly incorporated into Pakistan in 1947 and the current spell of violence was triggered in 2006 with the killing of former state chief minister and veteran Baluch leader Nawab Akbar Bugti in an army operation.

The province, and especially Quetta, has also faced a deadly wave of sectarian violence in the last decade. More than 2,000 people, mostly Shia Muslims, have been killed in targeted attacks and suicide bombings.
Last Update: Jun 06, 2015 1:53 pm
RELATED TOPICS