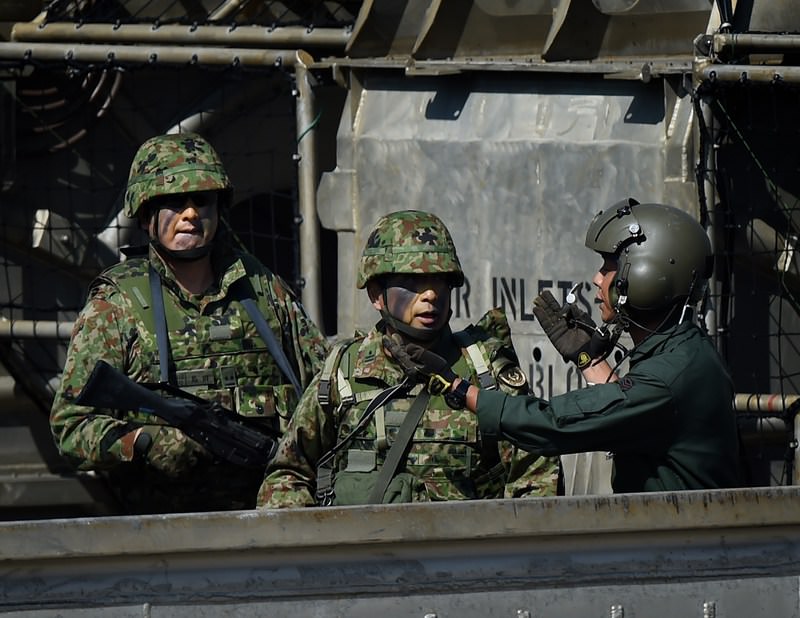 by Sep 18, 2015 12:00 am
The upper house of Japan's parliament approved security bills on Saturday clearing the way for a policy shift that could allow troops to fight overseas for the first time since 1945, a milestone for Prime Minister Shinzo Abe's agenda of loosening the limits of the pacifist constitution on the military.

Abe says the shift, the biggest change in Japan's defence policy since the creation of its post-war military in 1954, is vital to meet new challenges such as from a rising China.

But the bills have sparked massive protests from ordinary citizens who say they violate the post-World War constitution and threaten to ensnare Japan in U.S.-led conflicts after 70 years of post-war peace.