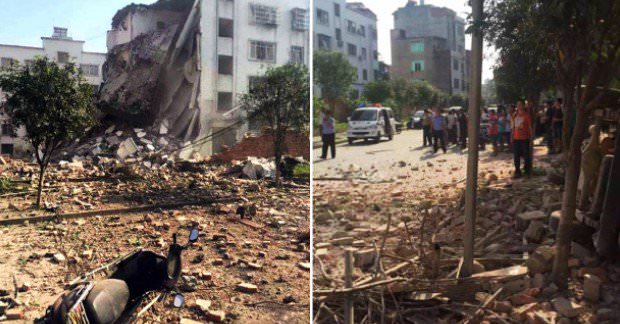 Dozens more were injured by the explosives apparently placed in express delivery packages, the official Xinhua news agency said of the blasts on the eve of China's national day holiday.

The explosions occurred in at least 13 locations in a rural county in China's Guangxi region, the Nanguo Morning News, a local newspaper, cited police as saying.

They included a prison, a government office and a shopping centre, it said.

State broadcaster CCTV cited a local police chief as saying the blasts were caused by several different explosive devices, adding that "the case is understood to be a criminal one".

The blasts occurred at the seat of Liucheng county and the surrounding areas, Xinhua said.

"Initial investigation showed that explosives could be inside express delivery packages," it added.