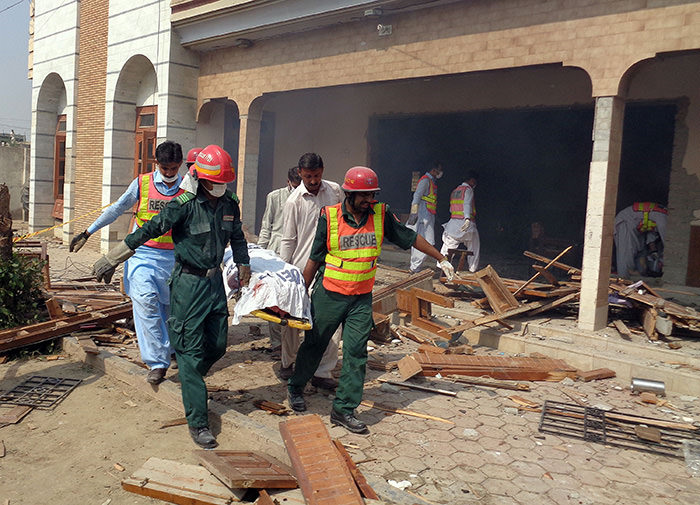 Pakistani rescuers move the body of a blast victim at the site of a suspected suicide bomb attack in Taunsa town, in Punjab province on October 14, 2015.
by Anadolu Agency
Oct 14, 2015 12:00 am
A suicide bomber blew himself up on Wednesday outside the residence of a ruling party's MP in Pakistan's northeastern Punjab province.

The attack left at least seven people dead and injured 15 others, police said.

The MP was not hurt as he was not home at the time of the bombing, police said.