Death toll from Typhoon Koppu in Philippines climbs to 39 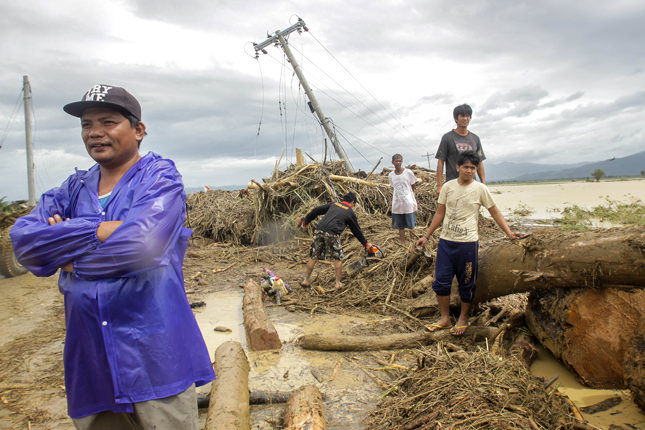 by Associated Press
Oct 21, 2015 12:00 am
The death toll from the tropical storm that battered the Philippines' main island over the weekend climbed to at least 39, officials said Wednesday.

The slow-moving storm was over the Balintang Channel in the country's northern tip with winds of 55 kilometers (34 miles) per hour near its center, according to the government's weather bureau.

The heavy rains dumped by the storm in the mountainous north flowed down rivers and flooded villages in downstream provinces.

Koppu was the 12th storm this year to hit the Philippines, one of the world's most disaster-prone countries. In 2013, Typhoon Haiyan leveled entire towns, leaving more than 7,300 people dead or missing.
Last Update: Oct 21, 2015 5:21 pm