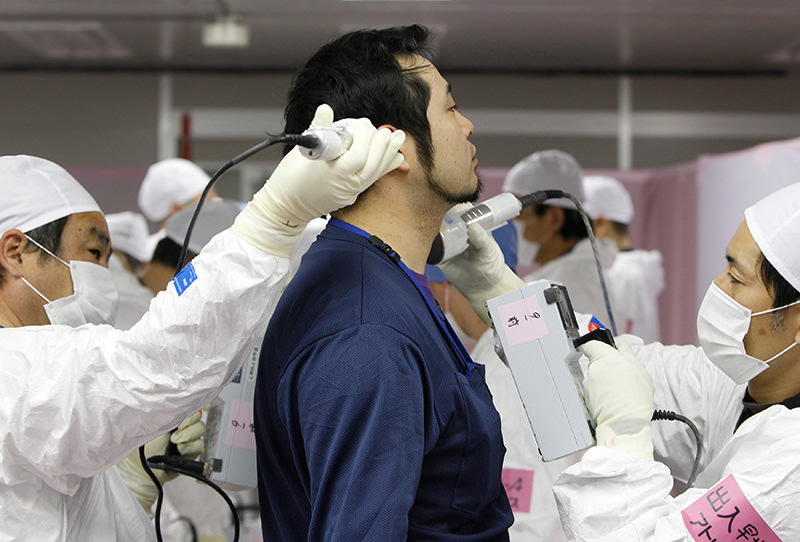 This file picture taken on February 20, 2012 shows a worker at a radiation screening as he enters the emergency operation center at Tokyo Electric Power Co. (TEPCO) (AFP Photo)
by German Press Agency - DPA Oct 26, 2015 12:00 am
Thirty-eight per cent of those involved in evacuation operations soon after the start of Japan's worst-ever nuclear accident were exposed to radiation above the annual public limit of 1 milisievert, the government said Monday.

The government surveyed for the first time 2,967 personnel, who were troops, firefighters and police officers assisting in evacuating residents within a 20-kilometre radius of the Fukushima Daiichi nuclear plant as well as clean-up operations from March 12 to 31, 2011.

The plant suffered a triple meltdown, spewing radioactive materials into the environment, soon after it was struck by a huge earthquake and ensuing tsunami on March 11, 2011.

More than 100,000 people have been unable to return to their homes located near the plant due to radiation contamination.
Last Update: Oct 26, 2015 2:43 pm
RELATED TOPICS