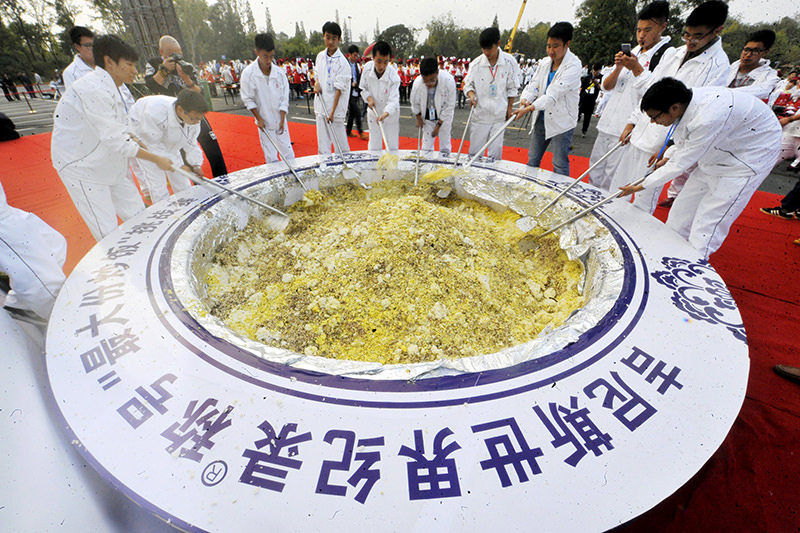 | Reuters Photo
by Associated Press Oct 27, 2015 12:00 am
Guinness World Records has denied a Chinese city's attempt at a new mark for the biggest serving of fried rice ever cooked, saying Yangzhou violated rules by wasting 150 kilograms (331 pounds) of the feast.

According to a posting on the record book's Chinese microblog, organizers said 4 metric tons (8,820 pounds) of cooked fried rice was distributed to five different outlets. However, it said a portion had been handled inappropriately, violating the organization's rules requiring that the food not be wasted.

Local media quoted the Yangzhou tourism bureau as saying some of the rice was considered inedible and sent to a farm to feed pigs.