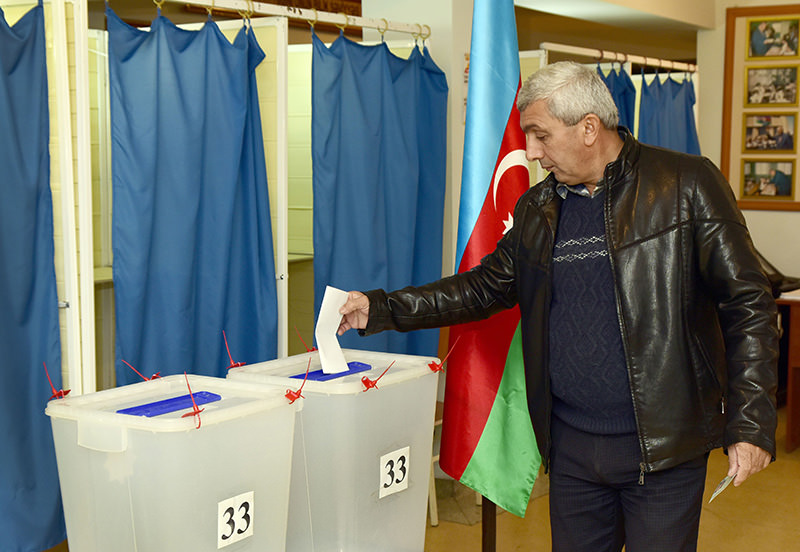 Opinion surveys have indicated a strong lead for the ruling Yeni Azerbaijan party, the results reflecting a rise of incomes in the nation of 9 million under Aliyev's watch, thanks mainly to the country's oil wealth.

"We got 71 (out of 125) seats at the previous election and we have every chance to repeat that victory this time," Ali Akhmedov, the executive secretary of the ruling Yeni Azerbaijan (New Azerbaijan) Party, said.

Over 700 candidates from 13 parties and one bloc are standing for the 125-seat, single-house parliament, the Milli Majlis, to be elected for a five-year term.

The country wedged between Iran and Russia is considered key to Western efforts to reduce Europe's reliance on Russian hydrocarbons.

Depending largely on its energy exports, the country was hit by a drop in oil and gas prices and the global economic downturn, and in late February 2015 devalued its currency, the manat, by 34 percent against the dollar.