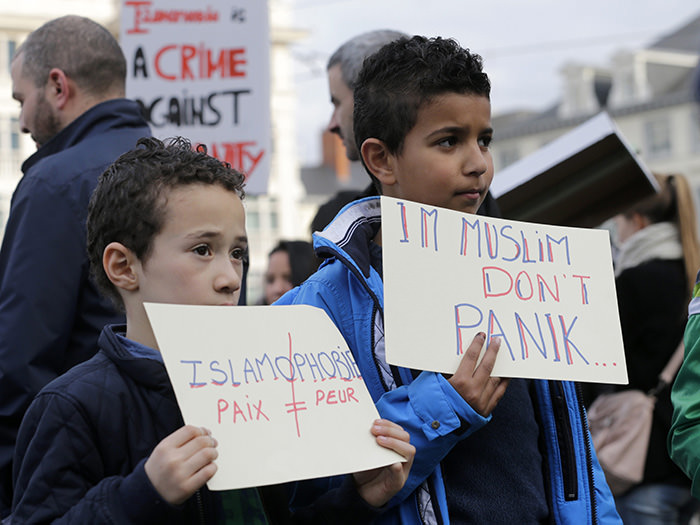 |AP Photo
by Anadolu Agency Dec 04, 2015 12:00 am
Australia has passed legislation to strip dual nationals of their citizenship if they are convicted or suspected of terrorism offences or found to have fought with banned groups overseas.

Attorney-General George Brandis said Friday that The Australian Citizenship Amendment (Allegiance to Australia) Bill had to be updated to reflect "the new age of terrorism".

Around 110 Australians are reported to be currently fighting in Iraq and Syria with Daesh, with as many as 45 dying in conflict.

Under the new law, many will lose their Australian citizenship.

In a joint statement, Brandis and Immigration and Border Protection Minister Peter Dutton said: "Dual nationals who engage in terrorism are betraying their allegiance to this country and do not deserve to be Australian citizens."

"The changes to the existing legislation were necessary to reflect the current threat that Australia and the rest of the world faces."

Australia's current threat level is at "probable" - meaning that there is credible intelligence assessed by our security agencies that indicates individuals or groups have developed both the intent and capability to conduct a terrorist attack in its borders.

Independent senator Nick Xenophon have expressed concern that the new laws could expose Australians to more terrorism, or that those banned from entry could then go on to commit atrocities overseas.

"Do we just give up, revoke their citizenship and then let them free range with their sick, twisted minds to do damage to Australians and to other innocents abroad?" Xenophon asked in Parliament on Wednesday.

"Isn't it better to be involved in counter-terrorism actions, international investigations, arrests, convictions and imprisonment?"

Brandis has refused to guarantee that the laws will be able to withstand a High Court challenge. Independent senator Jacquie Lambie has called for his resignation if they don't.
Last Update: Dec 04, 2015 4:22 pm
RELATED TOPICS