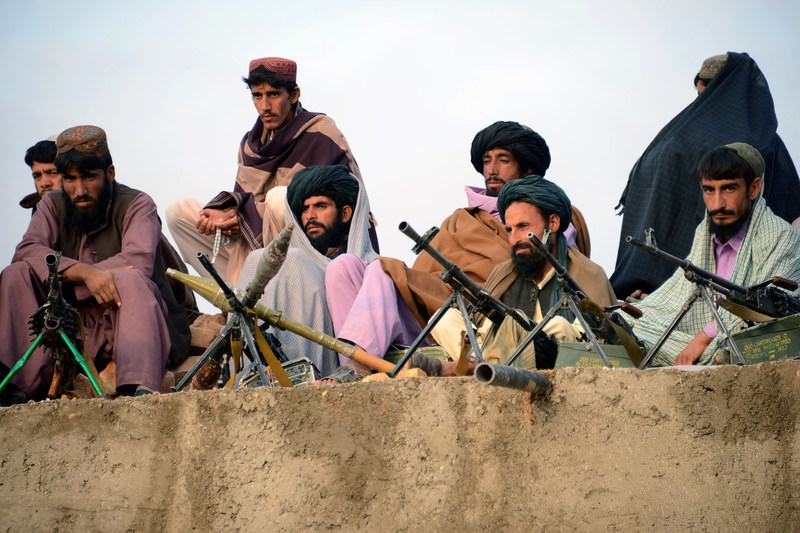 Afghan Taliban fighters (AFP Photo)
by Dec 05, 2015 12:00 am
The Afghan Taliban on Saturday said that they would soon release an audio message from leader Mullah Akhtar Mansour, in a bid to quash fevered speculation that he was killed in an internal firefight.

Vehement denials by the extremist group of any shootout have so far fallen on sceptical ears, especially after they kept the death of longtime chief Mullah Omar secret for two years.

Pressure mounted on the Taliban to offer proof of life for their supremo after unconfirmed media reports on Friday claimed that he had died.

Taliban spokesman Zabihullah Mujahid, who earlier said Mansour was out of contact in a "far away location", late Saturday claimed a new audio statement from him had been received.

"It will soon be made public," Mujahid said on Twitter.

The Taliban, which saw its first formal split last month, has appeared anxious to quell speculation about Mansour's fate as it grapples with divisions inside the movement.

Mansour was appointed leader four months ago in an acrimonious leadership transition and his death, if confirmed, could intensify the power struggle within the fractious group.

"The Taliban is suffering from a credibility crisis after they admitted to hiding Omar's death for years," Kabul-based military analyst Jawed Kohistani told AFP.

"But they will do everything in their power to conceal Mansour's injury or death, which could provoke fresh infighting within the group or lead to further fragmentation."

Mansour was declared Taliban leader on July 31 after the insurgents confirmed the death of Omar, who led the movement for about two decades.

But splits immediately emerged in the group, with some top leaders refusing to pledge allegiance to Mansour, saying the process to select him was rushed and even biased.

Many were also unhappy that Omar's death had been kept secret for two years — during which time annual Eid statements were issued in his name.

A breakaway faction of the Taliban led by Mullah Mohamed Rasool was formed in November, in the first formal division in the once-unified group.

A senior Pakistani intelligence official told AFP that Mansour had been "very seriously injured" in what he described as a "heavy exchange of fire" at a gathering of militant commanders near the Pakistani city of Quetta.

An Afghan intelligence official and multiple insurgent sources close to Mansour's group confirmed the account to AFP, adding that the firefight on Tuesday left at least four Taliban members dead and several others wounded.

The shootout also threatens to derail a renewed regional push to jump-start peace talks with the Taliban.

Mansour is believed to be a proponent of talks with Afghan authorities, a deeply contentious issue that has prompted much rancour within hardline insurgent ranks.
Last Update: Dec 05, 2015 7:16 pm
RELATED TOPICS