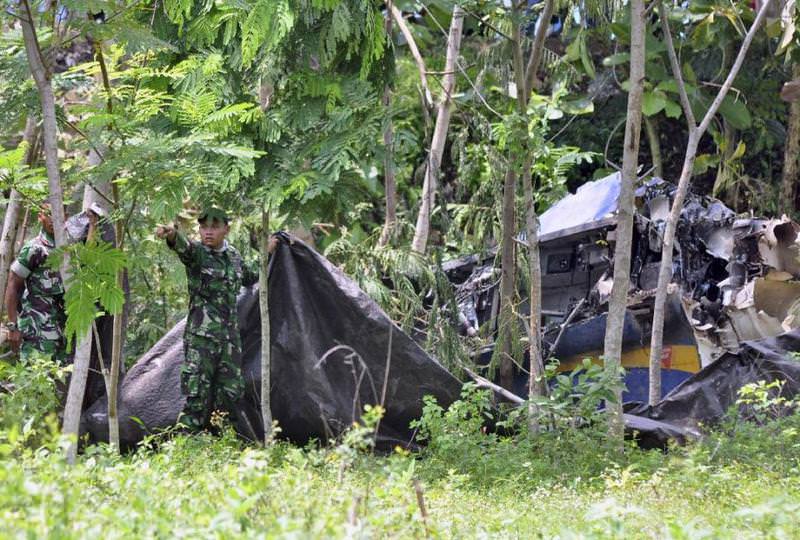 by Associated Press Dec 20, 2015 12:00 am
An Indonesian jet fighter taking part in an aerobatic show crashed and burst into flames Sunday, killing two pilots. No one on the ground was injured.

The KAI T-50 Golden Eagle, a U.S.-South Korean-made light attack aircraft, spun out of control and crashed into an air force base complex near Adi Sutjipto Airport in Yogyakarta, a tourist destination city on the main island of Java, according to a witness, Jawardi, who goes by a single name. He spoke to MetroTV.

The crash occurred on the second day of an air show celebrating the 70th anniversary of the Air Force Flight School in Yogyakarta, said Air Vice Marshal Dwi Badarmanto, an air force spokesman.

The pilot and co-pilot both Indonesians died instantly, and an investigation team has been sent to the crash site, he said.

TV showed plumes of black smoke billowing from the wreckage as the plane burst into flames.