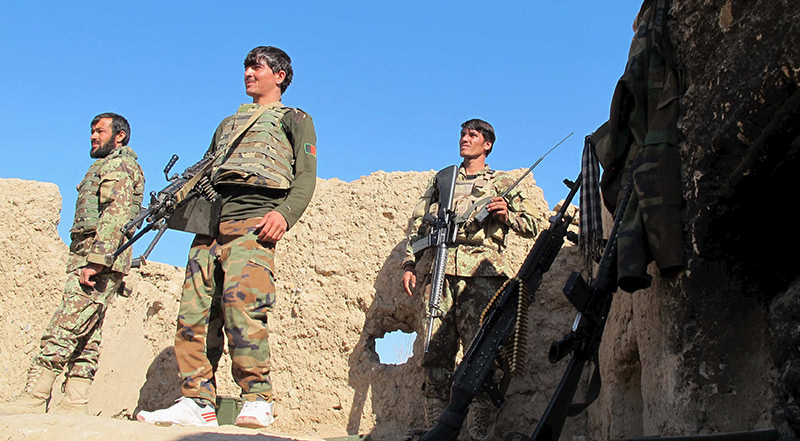 Afghan National Army (ANA) soldiers stand at an outpost in Helmand province, December 20, 2015. (Reuters Photo)
by Associated Press Dec 20, 2015 12:00 am
In an unusual move, a senior Afghan official has taken to social media to implore the president to send help to his province, saying it could otherwise fall to the Taliban.

Mohammad Jan Rasulyar, the deputy governor of Helmand province, posted a message on his Facebook page on Sunday, telling President Ashraf Ghani that over 90 security forces were killed in the past month fighting insurgents. He says he was unable to make direct contact with the president by other means.

Resulyar tells the Associated Press that "unless the government acts now we will lose the province," adding that hundreds of troops were killed in the past six months.

Helmand is an important Taliban base as it produces most of the world's opium, a crop that helps fund the insurgency.
Last Update: Dec 20, 2015 3:12 pm
RELATED TOPICS