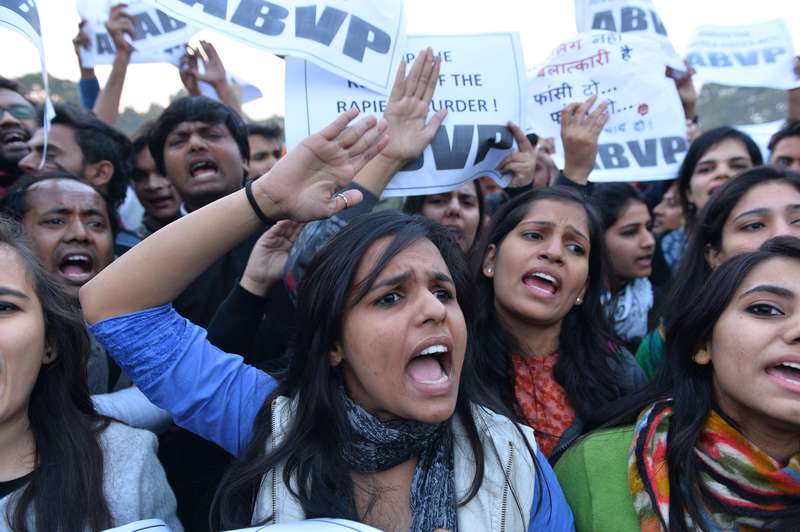 by Agencies Dec 20, 2015 12:00 am
The youngest convict in an infamous fatal gang-rape on a bus in New Delhi three years ago has been released from a youth correctional facility while scores of protesters took to the streets of India's capital on Sunday to protest the release.

The man, who was short of his 18th birthday when he and five others attacked the woman, was to finish his three-year term in a reform home on Sunday.

"The convict was handed over to an NGO. He is no longer under the jurisdiction of the police," Delhi police spokesman Rajan Bhagat told AFP.

"He has been given a new identity and his criminal record has been expunged," a police source added.

Several activists and politicians have demanded that he not be released until it can be proven that he has been reformed. The protesters were led by the parents of the woman who was attacked.

On Friday, the Delhi High Court rejected a petition to extend the man's term, saying that he has served the maximum sentence under the law. India's top court is set to hear another such petition Monday.

News reports said the convict was moved Sunday from the reform home where he had been kept to a new home under the care of a children's rights group. Phone calls to the police went unanswered.

The brutality of the December 2012 attack in the heart of New Delhi shocked this country of 1.2 billion, where sexual violence is rampant.

The woman and a male friend were returning home from seeing a movie at an upscale mall when they were tricked by the attackers into getting on the bus, which the men had taken out for a joyride.

The attackers beat the victim's friend and took turns raping her. They penetrated her with a rod, leaving severe internal injuries that led to her death two weeks later.

Four men were convicted of rape and murder in an unusually fast trial for India's chaotic justice system. A fifth man died in prison.

The four adults who went to trial confessed to the attack but later retracted their confessions, saying they'd been tortured into admitting their involvement. Legal appeals against their death sentences are pending in the Supreme Court.

In response to the attack and the widespread public protests it provoked, India's government rushed through legislation doubling prison terms for rapists to 20 years and criminalizing voyeurism, stalking and the trafficking of women.
Last Update: Dec 20, 2015 3:50 pm
RELATED TOPICS