14 dead, over 60 missing from sunken boat in Indonesia 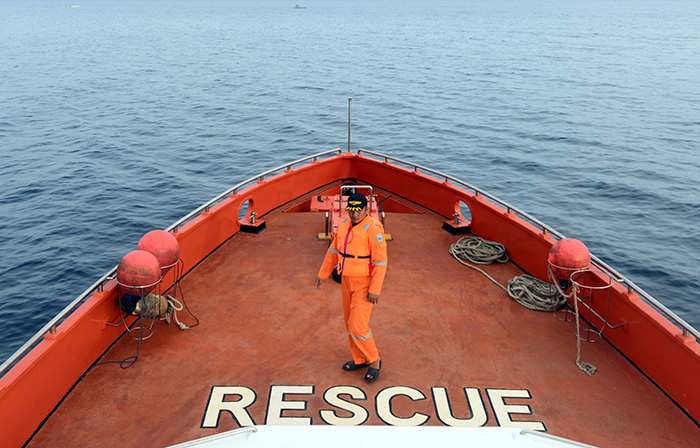 (AFP Photo)
by Anadolu Agency Dec 23, 2015 12:00 am
The death toll from a boat that sank off central Indonesia rose to 14 Wednesday while more than 60 people remain missing in the waters off southern Sulawesi island.

An official from the Disaster Management Agency of Luwu regency confirmed that a fisherman found seven bodies believed to be from the KM Marina vessel that sank with at least 116 people on board Saturday afternoon.

"Initially, a fisherman was just looking for his friend, but in the middle of his journey, he found seven bodies in Bulu Puloe," Aminuddin, the head of the agency's disaster and logistics department who like many Indonesians uses only one name, told the local Tribun Makassar newspaper.

The recovery comes a day after another fisherman reportedly came across four bodies in the waters of East Luwu, with the victims being transported to a nearby hospital to be identified.

Data from the Search and Rescue Agency (SAR) and police showed that as of Tuesday night, 47 of the people on board had been found.

Barung Mangera, South and West Sulawesi Regional Police spokesperson, was quoted by Tempo.co as saying, "40 passengers are alive, seven dead and the rest are missing. SAR teams keep on trying to search."

The KM Marina had been traveling from Kolaka regency, Southeast Sulawesi province, to Wajo city to the west when it was hit by large waves Saturday afternoon and its crew reported to port authorities that the vessel had begun taking in water.

A rescued crew member had earlier told media that the vessel sank due to natural disturbances including strong winds and large waves.

Indonesia's waterways serve as a widespread form of transportation in some areas of the country, where accidents resulting from overcrowded boats and lax safety standards are common.
Last Update: Dec 23, 2015 10:31 am
RELATED TOPICS