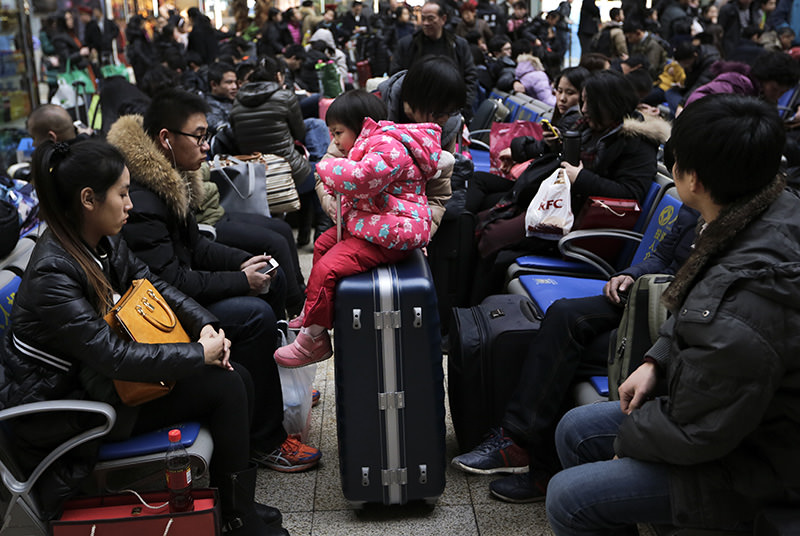 by Daily Sabah with Agencies Feb 04, 2016 12:00 am
China is getting ready to implement 2.5 day weekends throughout the country amid reports that millions of children, especially in the countryside, grew up without the attention of their parents due to harsh working conditions and economic inequality among regions.

The practice, planned by the State Administration of Tourism to be introduced throughout China until summer, has already been implemented in provinces of Hebei and Jiangxi and the city of Chongqing. Starting from this weekend, state institutions and private employers allow their staff to take off from mid-Friday until Monday morning.

However, the scope of the practice would be limited, as China's 40-hour work week is still in practice, and 2.5 day weekend is not a rule, but rather a suggestion to boost tourism.

Since 1995, China has implemented two days of weekend.

Family is of great importance in Chinese culture and one of its core belief systems, the Confucianism.

However, Chinese families and children are under pressure of working conditions and economic inequality between rural and urban areas.

An article published in the British newspaper The Economist, based on studies over the issue, stated that in some central and southern provinces of China – including Jiangxi and Chongqing – more than 50 percent of the children were "left-behind" in rural areas, as their parents sought jobs in urban areas and were only able to visit their homes on weekends or national holidays, if they can. The rate of accessibility of the children living in urban areas to social services such as daycare are also very limited.

Studies show that when urban and rural areas are combined, the "left-behind" children constitute around 25 percent of all children, and they often face problems in their development.
Last Update: Feb 04, 2016 4:08 pm
RELATED TOPICS