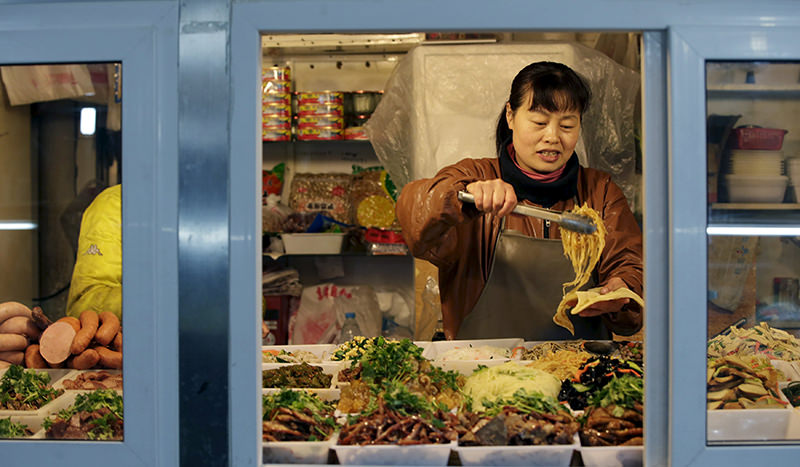 A vendor picks up food at her shop in a market in Beijing, February 18, 2016 (Reuters Photo)
by Associated Press Feb 19, 2016 12:00 am
China plans to make it easier for foreigners to live and work in the country under new rules for obtaining permanent residency.

Guidelines issued by China's Cabinet aim to expand the categories of foreigners in China eligible to obtain the Chinese equivalent of a U.S. green card. Procedures will also be simplified and restrictions relaxed on foreign students seeking jobs in the country.

The changes come as China's economy is slowing and once-robust interest among foreign investors is falling.

More than 7,000 foreigners have obtained permanent residency since the policy was adopted in 2004, a small fraction of the roughly 600,000 living in China. Many of those received the status as a reward for meritorious service to China's economy, the arts and sciences.
Last Update: Feb 19, 2016 8:49 am
RELATED TOPICS