Myanmar's Suu Kyi 'angry at being interviewed by Muslim' 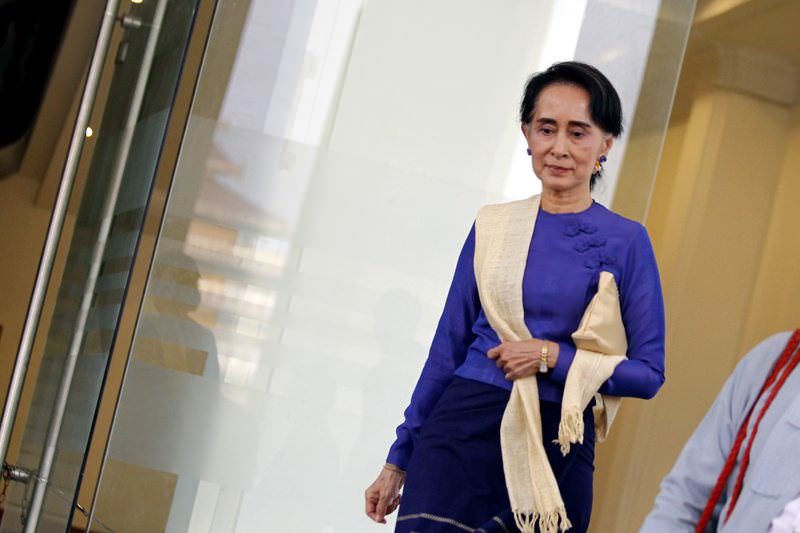 The Nobel Peace Prize laureate and Myanmar democracy veteran Aung San Suu Kyi angrily complained about being interviewed by a Muslim BBC presenter who pressed her about massacres of Rohingya Muslims, a biographer revealed on Friday.

"No one told me I was going to be interviewed by a Muslim," Suu Kyi reportedly said off air after a tense exchange with British-Pakistani news presenter Mishal Husain broadcast in October 2013.

The incident was revealed by Peter Popham, a journalist with The Independent newspaper and author of newly published book "The Lady and The Generals -- Aung San Suu Kyi and Burma's Struggle for Freedom".

In the BBC interview, seasoned journalist Husain had pressed Suu Kyi about the plight of the persecuted Rohingya minority and asked her to condemn the massacres of Muslims in Myanmar, who have been hit by deadly bouts of communal violence by Buddhists.

Suu Kyi insisted the violence was "not ethnic cleansing" and said: "Muslims have been targeted but also Buddhists have been subject to violence. There's fear on both sides."

Popham wrote about the outburst in an article for The Independent published online Friday, and said it was relayed to him by a "reliable" source.

Suu Kyi has faced international criticism for not taking a stronger stance on the Rohingya's plight, and for failing to field any Muslim candidates in November's polls, a move observers say was designed to placate Buddhist nationalists.