Obama to discuss Daesh at CIA next week 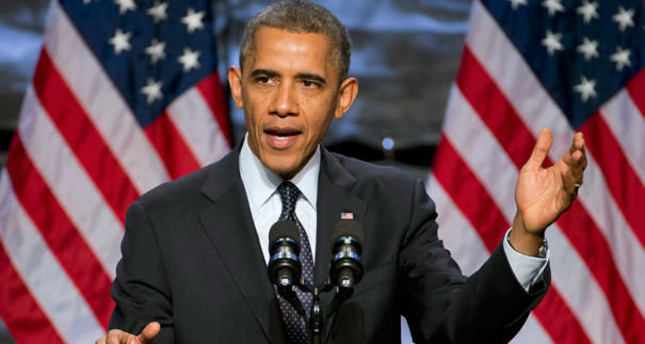 by Daily Sabah with Reuters Apr 09, 2016 12:00 am
U.S. President Barack Obama will convene a meeting of his National Security Council next week at the Central Intelligence Agency headquarters to review the fight against Daesh terrorist organization, the White House said on Friday.

The meeting, to be held on Wednesday, comes as the administration weighs a plan to increase the number of U.S. special operations forces deployed to Syria to try to advance recent gains against Daesh.

The top U.S. general, Joseph Dunford, chairman of the Joint Chiefs of Staff, has said he is working on options to present to Obama to increase U.S. forces in Iraq to bolster Iraqi forces preparing for a major offensive against the militant group in Mosul.

Obama has held similar meetings, at the Pentagon and at the State Department, on fighting Daesh, which holds large swathes of land in Syria and Iraq.

"There's no particular operational reason for him having it there," White House spokeswoman Jen Friedman told reporters. "It's just the next in a series of these meetings."
Last Update: Apr 09, 2016 1:25 am
RELATED TOPICS