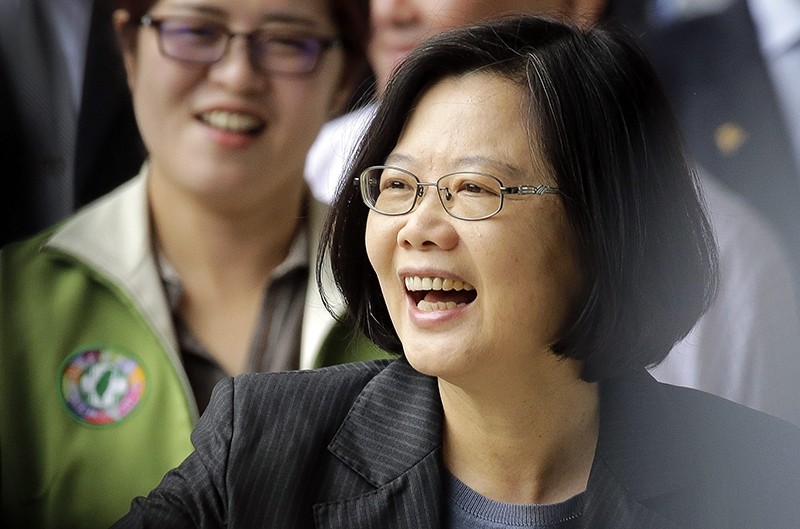 Taiwan President Tsai Ing-wen smiles at supporters as she arrives to vote for party officials in Taipei, Taiwan, 22 May 2016 (EPA Photo)
by Associated Press May 25, 2016 12:00 am

A newspaper published by China's official news agency says the new president of rival Taiwan is more "extreme" in her politics because she's an unmarried woman lacking the emotional balance provided by romantic and family life.

The comments were part of an editorial that denounced President Tsai Ing-wen as a strident advocate of self-governing Taiwan's formal independence from China, something Beijing says it will use military force to prevent.

The editorial said that Tsai's lack of a partner or children made her politics more "emotional, personal and extreme," and that she was prone to focus excessively on details and short-term goals.

The editorial appeared Tuesday on the website of the International Herald Leader, which is published by China's official Xinhua News Agency.