A Singapore Airlines plane forced to return to Singapore due to an engine oil problem caught fire after an emergency landing on Monday.

Videos on social media showed the right wing of the Boeing 777-300ER engulfed in flames, with black smoke billowing from the plane.

Emergency services at the airport rushed to put out the fire, spraying foam over the plane.

The aircraft departed Singapore's Changi Airport for Milan at about 2:05 (1805 GMT Sunday), but had to turn around and make an emergency landing. 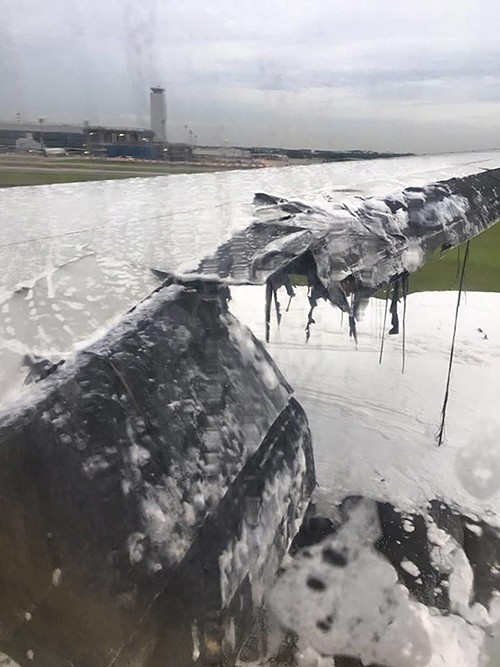 The right engine caught fire after touchdown at about 6:50am.

Local newspaper The Straits Times quoted passenger Lee Bee Yee saying that there had been a whiff of what smelt like gasoline during the flight, and the pilot informed those on board that the plane would return to Singapore.

"The blaze was quite fierce and we waited for around 2 or 3 minutes before the fire engines arrived," she told The Straits Times.

No injuries were reported among the 222 passengers and 19 crew, Singapore Airlines said in a statement to the press.

The Straits Times reported that the passengers were put on a new flight to Milan that departed at 9:30am, and the aircraft was towed off the runway at about 10:30am.

Posting on his Facebook page, Minister in the Prime Minister's Office Chan Chun Sing praised the airline crew and airport staff for their "calm and collected" response to the incident.

Share on Facebook Share on Twitter
Previous in Asia Pacific More police were deployed to guard a village in Myanmar after a Rakhine... Next in Asia Pacific A suicide bomber attacked a bus carrying trainee policemen on Thursday,...
DAILY SABAH RECOMMENDS