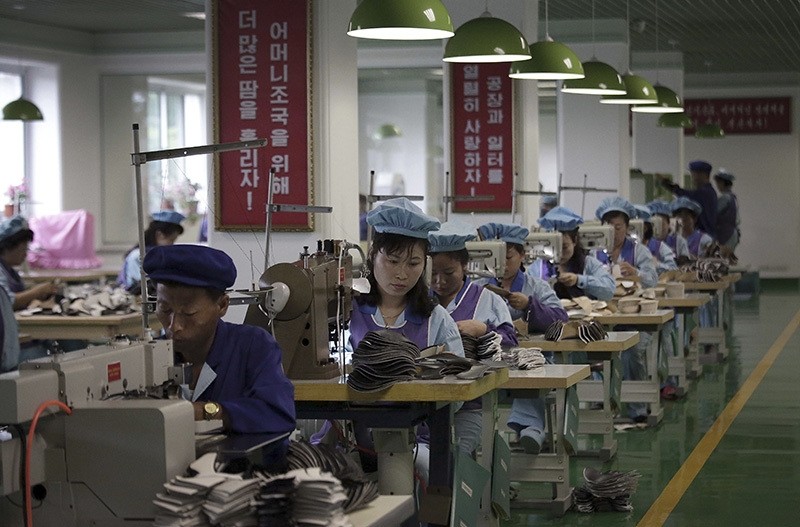 North Korea's economy contracted in 2015 at the sharpest pace in eight years, an estimate from the Bank of Korea showed on Friday, as low global commodity prices landed a blow to exports, a key driver for the impoverished country's economy.

The gross domestic product in North Korea last year fell a real 1.1 percent, South Korea's central bank said, which was the first fall since 2010 and compares with a 1.0 percent gain in 2014. It also marked the fastest decline since a 1.2 percent drop in 2007.

All sectors except construction and services declined, a likely burden for North Korean leader Kim Jong Un already under pressure from international sanctions against multiple provocations including a nuclear test in January.

"The key reason for the GDP contraction looks to be trade as global commodity prices fell while China demand also declined," said a Bank of Korea official, who declined to be named as he was unauthorized to speak to media.

The Bank of Korea data showed exports in North Korea fell 14.8 percent last year in annual terms as mineral product shipments slumped 14.7 percent. This was far worse than a 1.7 percent decline seen in 2014.

Imports dropped a faster 20.0 percent last year, compared with a 7.8 percent increase in 2014.

The central bank official said trade is expected to worsen this year as it becomes difficult for North Korea to boost shipments with other countries with international sanctions likely to grow heavier following Pyongyang's continued missile launches and nuclear threats.

Meanwhile, a 0.8 percent gain in services last year reflects North Korea's economic shift towards capitalism as the black market there has become more pervasive. Financial services have also grown, which likely contributed to the gain, the BOK official added.

The Bank of Korea has released GDP data on North Korea every year since 1991 based on information received from related sources, including the Ministry of Unification.