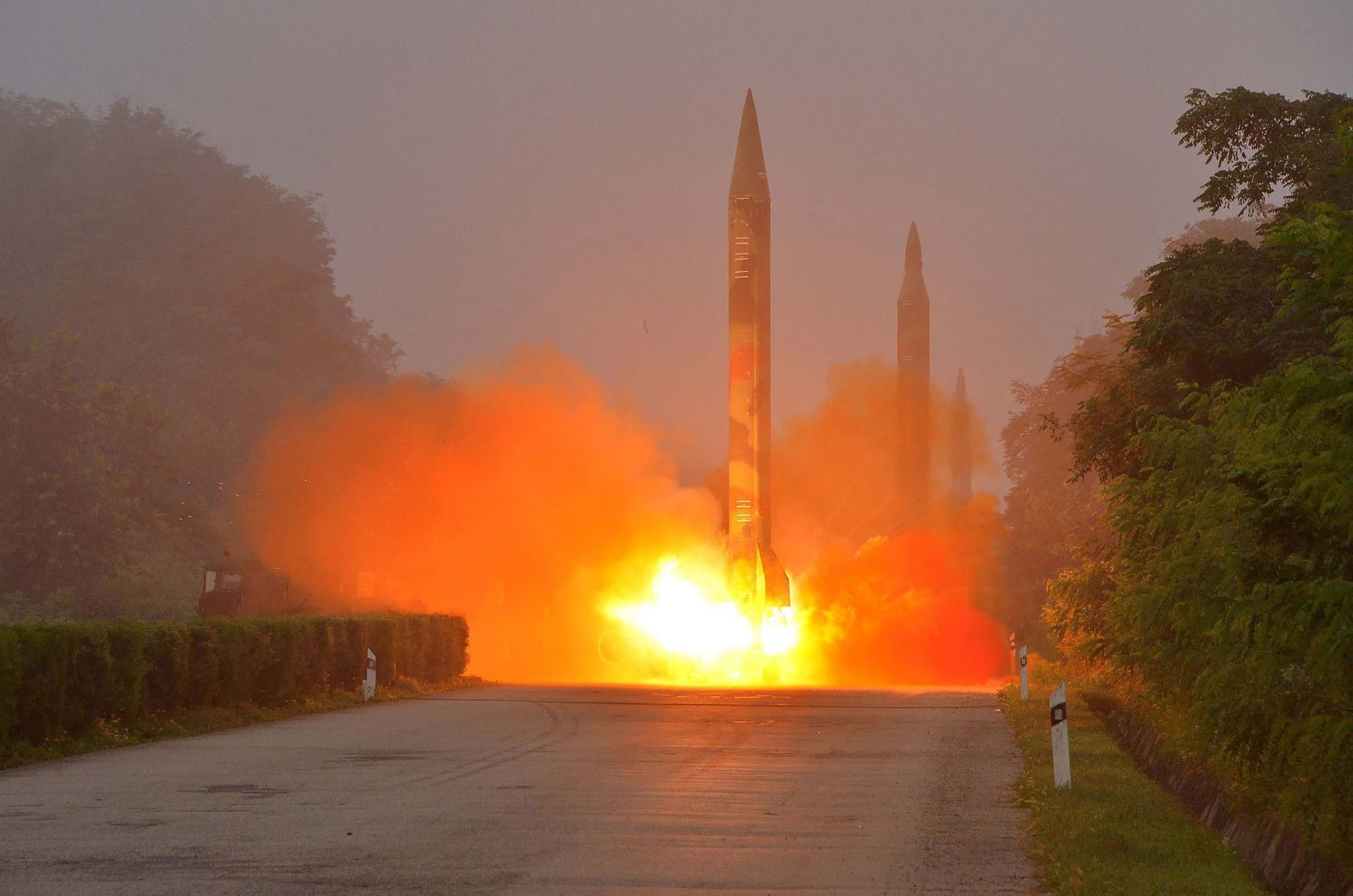 North Korea on August 3, 2016 test-fired a ballistic missile towards the Sea of Japan, South Korea said, in an apparent show of force against the planned deployment of a US missile defence system. (AFP Photo)
by French Press Agency - AFP Aug 03, 2016 12:00 am

The UN Security Council will hold an emergency meeting on Wednesday to discuss Pyongyang's launch of a ballistic missile that for the first time landed in Japanese-controlled waters, diplomats said.

The United States and Japan called for the urgent talks, which are expected to be held around 4 pm (2000 GMT).

North Korea fired two intermediate-range missiles simultaneously, but one appeared to explode on take-off, according to the US military.

The second missile landed in the Sea of Japan (East Sea), some 250 kilometers (155 miles) off Japan's north coast and within its Exclusive Economic Zone (EEZ). 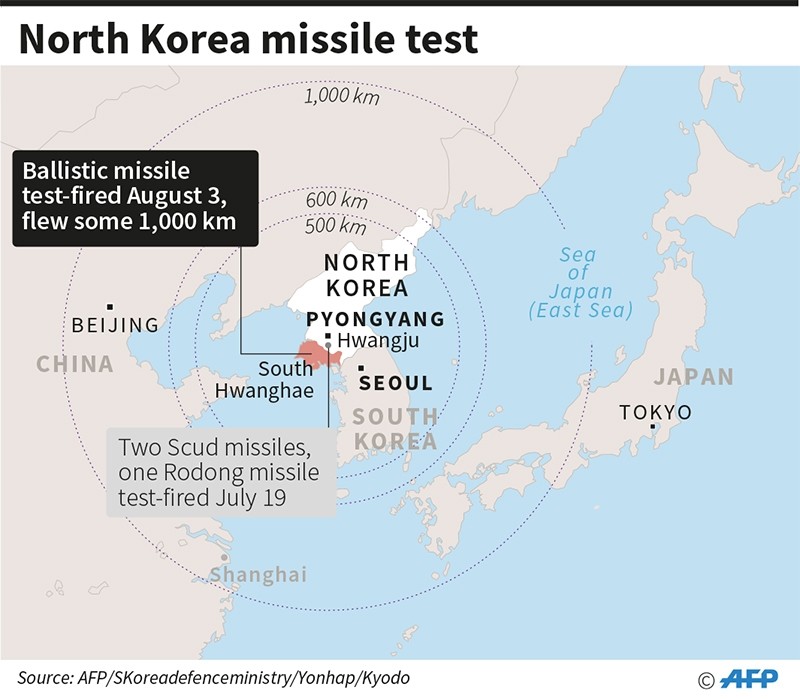 "We expect to be calling an emergency meeting of the Security Council for later this afternoon, with our Japanese colleagues," US Ambassador Samantha Power told reporters.

Britain's Deputy Ambassador Peter Wilson said: "This is the first time that a DPRK missile has landed in the Japanese EEZ. I think this is something that the council should take extremely seriously."

US Strategic Command said the two missiles were launched from a site in western North Korea at around 7:50 am Seoul time (2250 GMT Tuesday).

The council has repeatedly condemned North Korea's missile launches, but a US-drafted statement circulated last month following an apparent submarine-launched missile test was bogged down in discussion with China.

North Korea has been hit by five sets of UN sanctions since it first tested an atomic device in 2006.

The council in March adopted its toughest sanctions resolution to date, banning exports of coal, iron and other minerals from North Korea and imposing other restrictions, in particular in the banking sector.