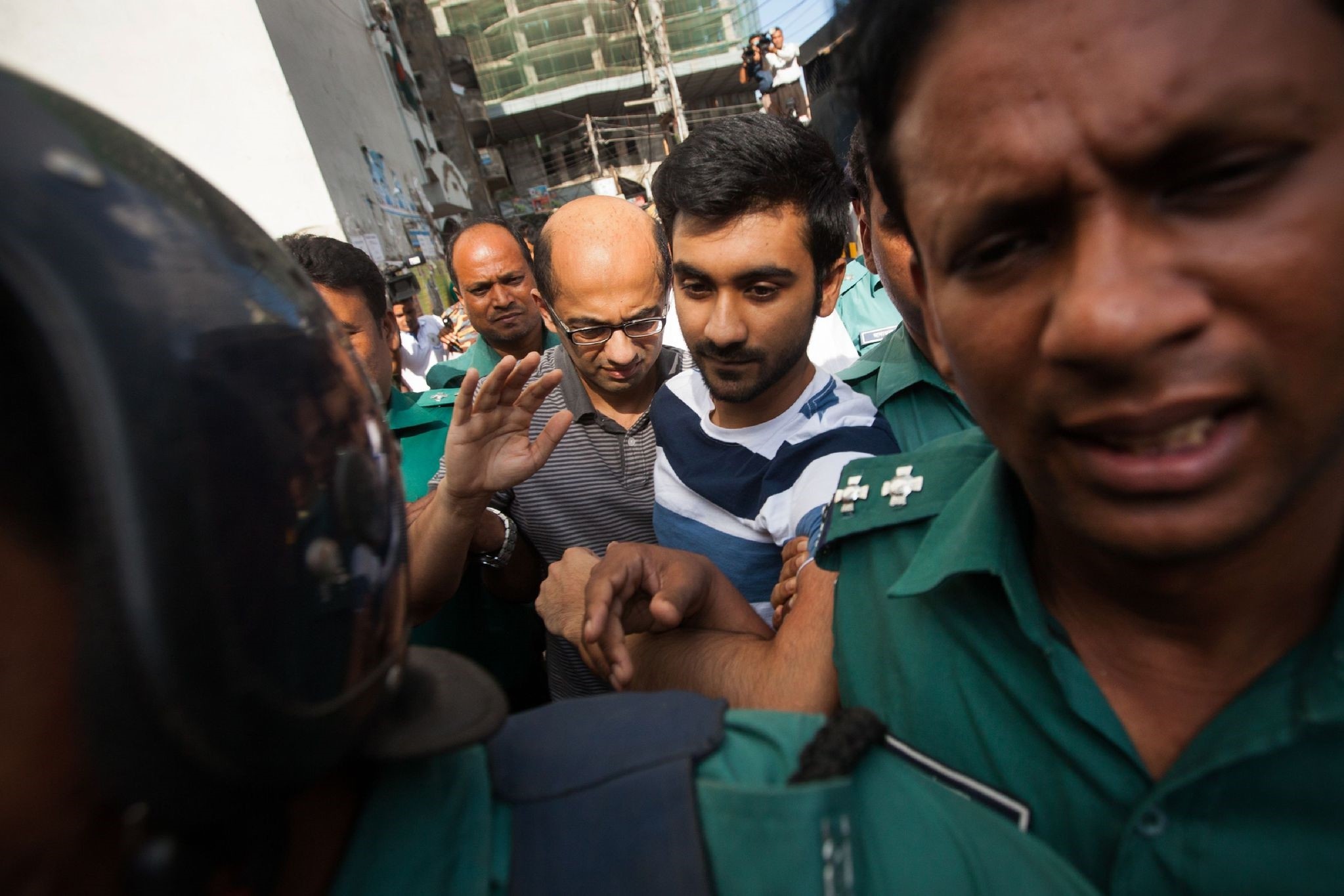 A British national and a student at a Canadian university who were dining at a Bangladeshi cafe when it was besieged by Daesh militants last month have been arrested on suspicion of involvement in the attack.

Police said Hasnat Karim, a British citizen of Bangladesh origin, and Tahmid Khan, a University of Toronto student, were arrested late Wednesday in connection with last month's siege in Dhaka when 20 hostages were murdered.

"We can confirm they were arrested under Section 54 of CrPC (criminal procedure)," police spokesman A.K.M Shahidur Rahman told AFP on Thursday, referring to a law under which police can detain someone on suspicion of any crime

Karim and Khan were both inside the Holey Artisan Bakery when gunmen raided the cafe on the night of July 1, taking a group of mainly Western diners hostage and then killing 20 of them, along with two policemen.

But neither have been seen in public since the end of the siege when commandos stormed the cafe in the capital's upmarket Gulshan neighbourhood on the morning of July 2.

The men's families have said they were being held by security forces even though there was no evidence to link them to the attackers.

Police had denied the men were in their custody before announcing the arrest on Thursday.

Speaking to AFP after news of the arrest, Karim's father said his son had been used as a human shield during the siege and that he had helped save lives during the siege.

"I have full confidence in the police investigation," said Rezaul Karim.

"My son was a hero. He saved the life of at least eight people during the siege. I know him. He is innocent."

Karim's London-based lawyer, Rodney Dixon, said his client had "no links to any terrorist group" and demanded his immediate release.

"The authorities have finally admitted that Mr. Karim is in their custody. They have had more than sufficient time to make any inquiries," Dixon said in a statement.

"There is clearly no evidence to charge him and he should be let go without any further delay."

Relatives say Karim, his wife and two children were at the cafe to celebrate the 13th birthday of their daughter.

Reports in local media said both men were being investigated for suspicious activity during the siege. They said Khan was seen holding a firearm and Hasnat Karim strolling with the attackers on the roof.

On Tuesday, national police chief. A.K.M. Shahidul Hoque, told reporters that the two had fallen under suspicion as a result of their "behaviour and actions" during the siege.

Karim, 47, was a lecturer at Bangladesh's private North-South University in Dhaka, where two of the five attackers who were gunned down at the end of the siege had studied.

More recently, he had been working as a director at his father's engineering company.

The 22-year-old Khan, who is a Bangladeshi citizen, was back in his homeland while on leave from university.

Police earlier this week named a Canadian citizen, Tamim Chowdhury, as the attack's mastermind, offering a reward of up to $25,000 for information leading to his arrest.

The siege was by far the deadliest in a string of attacks claimed by extremist groups which have blighted Bangladesh over the last three years.

Daesh claimed responsibility and the gunmen were pictured posing with Daesh flags in images posted on a website affiliated to the group.

Prime Minister Sheikh Hasina's government has said however that the attack was the work of a homegrown Islamist group, insisting international terrorist networks have not got a foothold in Bangladesh.

Dozens of foreigners, activists and members of minority religious groups have been killed by extremists in Bangladesh over the last three years.

Many of them, including victims of the cafe attack, have been hacked to death with makeshift machetes.