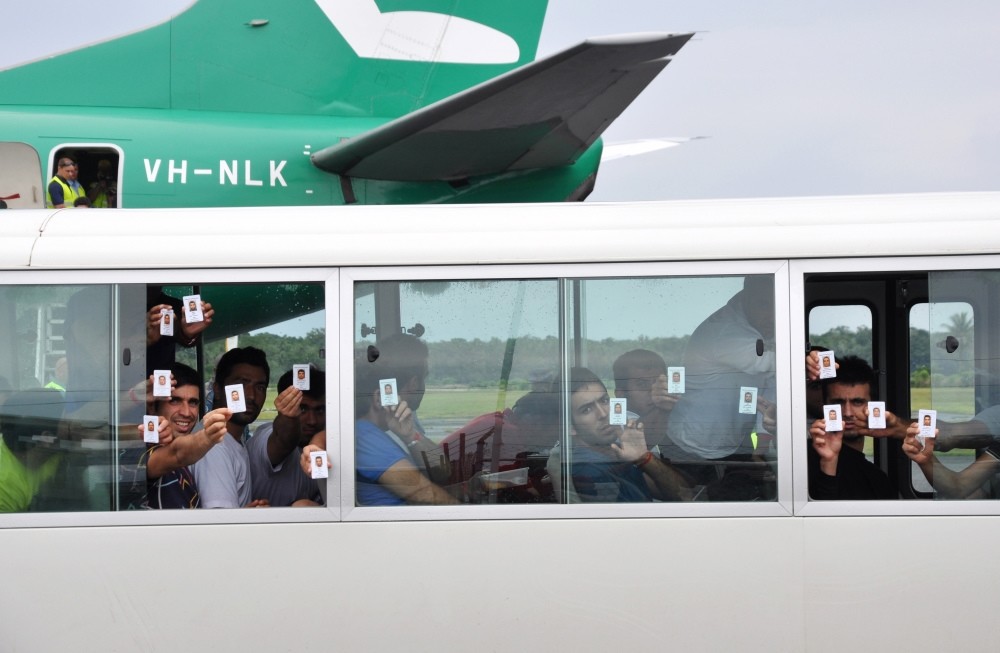 A day after Australia and Papua New Guinea agreed to close down the Manus detention center, Australia ruled out settling the detainees in a third country, casting doubt over the future of the remaining 850 refugees on Manus

"There is no third-country option available for people out of Manus at this point in time. That's the reality that we deal with," Australia's Immigration Minister, Peter Dutton, told local ABC radio.

The future of the 854 asylum seekers who are currently being held in the center is uncertain after Papua New Guinea and Australia Wednesday agreed to close down the detention center after PNG's Supreme Court deemed it "illegal" in April.

Dutton said that since the center had opened, less than 20 people had chosen to re-settle in Papua New Guinea, while hundreds of others had returned to their home countries.

Australia intercepts all migrants travelling to the country by sea and either turns their boats back or processes their asylum claims offshore in Papua New Guinea or Nauru, where an estimated 1,300 refugees and asylum seekers are currently held by Australia.

Harsh conditions and reports of rampant abuse at the camps have drawn wide criticism at home and abroad. Australia says its hardline policy is needed to stop deaths at sea during the dangerous boat journey from Indonesia to Australia. Last week, leaked internal reports from the detention center on Nauru revealed widespread abuse and sexual assault.

Dutton said he was "not going to be defamed" by media "because we are doing everything within our power to provide support to people."

Refugee advocates and political parties asked the government to bring the asylum seekers from Papua New Guinea to Australia. Opposition Labor party on Wednesday said the government should have a third-party settlement option.

Western Australia premier, Colin Barnett, said his state would welcome asylum-seeker families who are in Nauru if the federal government changes its position and allows them to resettle in Australia, as long as they don't pose a security or safety risk.

Dutton also blamed news organizations and refugee advocates in Australia of encouraging the refugees to stay in the detention center in the hope that the federal government would change its mind. "The very people they're trying to help, unfortunately they're trapping them in a situation which is not desirable," Dutton said. "It was counter-productive for academics and people from the ABC and The Guardian to offer up free advice on how people should stay and not accept or take a different course of action."

Under its tough immigration policy, Australia detains asylum seekers who arrive by boat at offshore detention centers, where they are subject to conditions that have been described as appalling by rights advocates. Australia's government has strongly defended its immigration policy despite criticism, saying it has halted the spate of boat arrivals - and drownings - of earlier years.
RELATED TOPICS