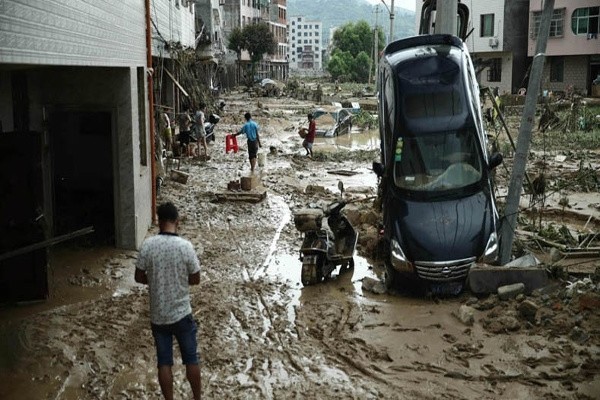 Typhoon Kompasu was set to make landfall on the northern Japanese island of Hokkaido later Sunday, bringing torrential rains and strong winds to the region.

The heavy rains caused flooding in the city of Kitami and some other areas on the island, prompting local authorities to issue evacuation orders to about 6,000 residents, according to the Kyodo News agency. No injuries were reported.

About 350 train services were cancelled on the island because of the bad weather conditions, Hokkaido Newspaper reported earlier.

The Japan Meteorological Agency was warning of thunderstorms, mudslides, high waves and swollen rivers on the island.

The 11th typhoon of this season was 70 kilometres south-west of Kushiro city as of 9 pm (1200 GMT), travelling north-north-east at 35 kilometres per hour (kph), carrying maximum sustained winds of 64.8 kph and gusts of 90 kph, the agency said.

On Wednesday, Typhoon Chanthu made landfall on the island.

Meanwhile, another typhoon was projected to hit Tokyo and its surrounding areas Monday, according to the agency. Typhoon Mindulle was 180 kilometres south of Hachijo island as of 9 pm, travelling north at 35 kph, with maximum sustained winds of 90 kph and gusts of 126 kph, it said.