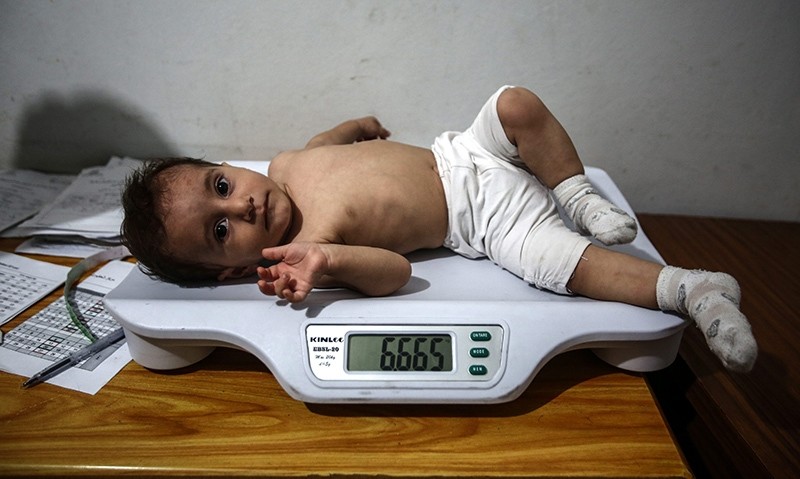 | EPA File Photo
by German Press Agency - DPA Aug 29, 2016 12:00 am
One million children under the age of 5 in Afghanistan are malnourished, according to a UN report published Monday, making them vulnerable to illnesses easily treated in other countries.

Multnutrition is the "silent killer" of Afghan children, the report by the UN's Office for the Coordination of Humanitarian Affairs said.

"For every one thousand babies born, fifty-five will die before the age of five," it said, adding that 82 per cent of them died before their first birthday.

The number of malnourished children among the displaced population is particularly high, and increasing as a result of the ongoing conflict.

Most of the children are killed by easily preventable or treatable diseases such as diarrhoea or pneumonia, it said.

In Afghanistan "these common conditions are made more dangerous due to the additional presence of malnutrition."

In the first half of this year, 388 children were also killed in fighting between Afghan security forces and militants, it said.

According to the report, 2.7 million people in Afghanistan are affected by malnutrition.

Health facilities only cover 60 per cent of the Afghan population but do little to meet the needs of children with malnutrition.

Access to health-care facilities in rural areas of the country are either very basic or non-existent.

Only 38 per cent of Afghan health facilities provide nutrition services, according to the report.
Last Update: Aug 29, 2016 10:31 am
RELATED TOPICS