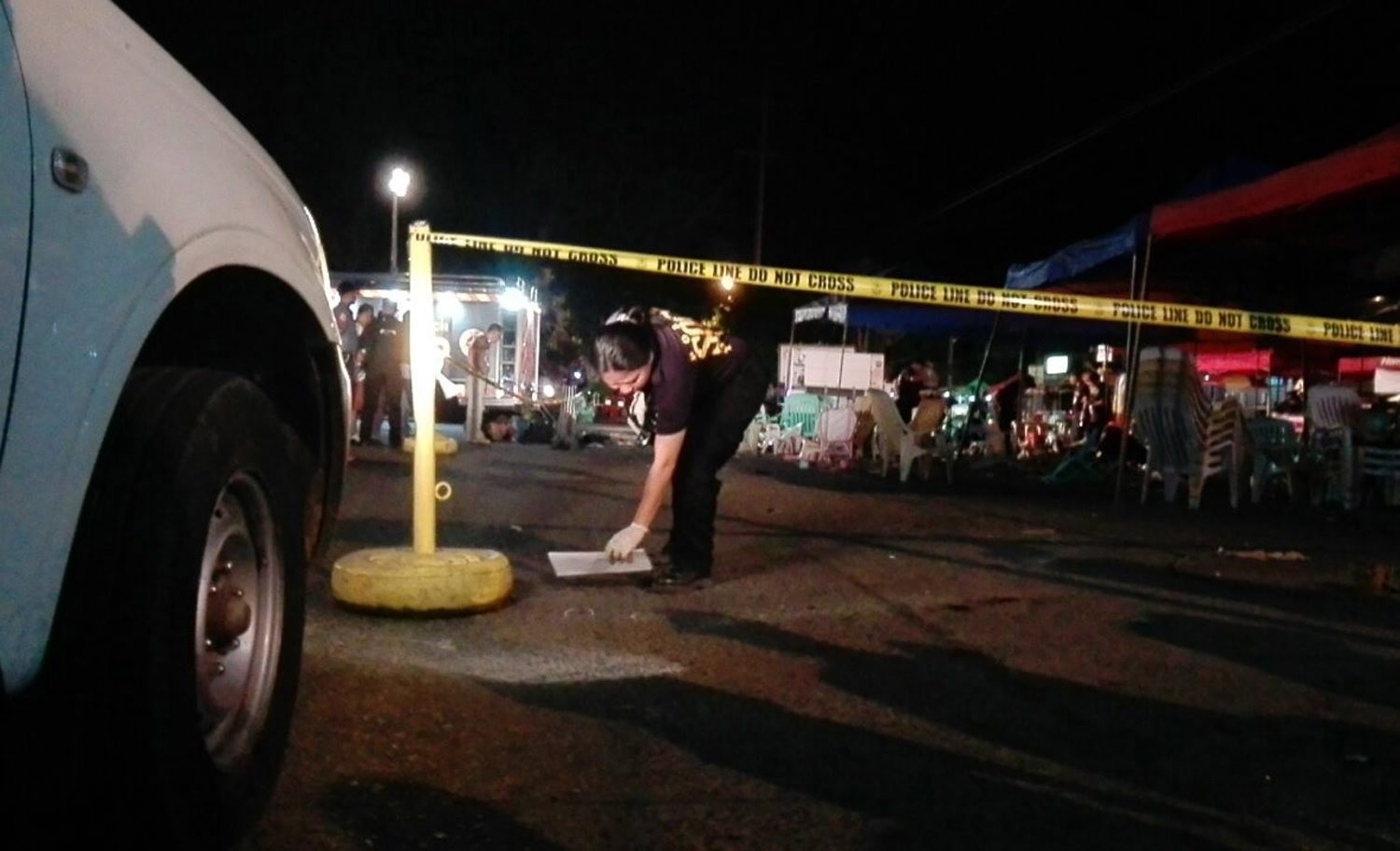 A Philippine National Police (PNP) Scene of the Crime Operative (SOCO) gathers evidences on the site of an explosion at a night market in Davao city, Philippines, 02 September 2016. (EPA Photo)
by reuters Sep 02, 2016 12:00 am

An explosion at a market in the home city of Philippine President Rodrigo Duterte killed at least 10 people on Friday and wounded dozens more, officials said, but the cause of the blast was not immediately clear.

Duterte was in Davao on Friday, but was safe and at a police station after the explosion, his son Paolo Duterte, who is vice mayor of the city, told Reuters.

The incident took place at a street market outside the high-end Marco Polo hotel in Davao, in the southern Philippines, a military spokesman told reporters by phone. A police official said at least 30 people had been taken to hospital.

"There is nothing definite about it but it has resulted in the death of 10 persons, at least 10 persons, and injury of about 60," Abella said.

Duterte's son Paolo told Reuters his father was far from the location of the blast when the explosion took place. Duterte had earlier given a televised news conference in the city.

Duterte is hugely popular in Davao, having served as its mayor for more than 22 years before his stunning national election win in May, garnered from the popularity of a promised war on drugs that has killed more than 2,000 people since he took office on June 30.

The explosion was outside a hotel that Duterte visits frequently. Duterte had earlier on Friday shrugged off rumours of a plot to assassinate him, saying such threats were to be expected.

Davao is located in Mindanao, a large southern island beset by decades of insurgency. However, the city itself has been largely peaceful in recent years.