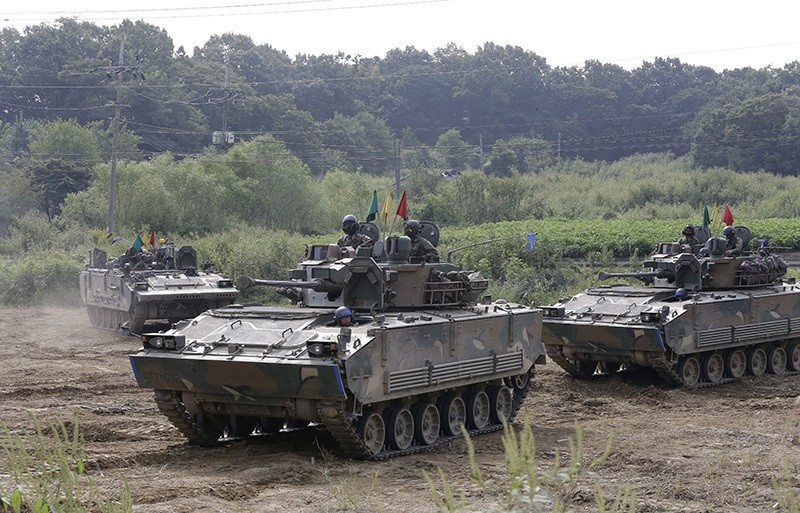 A defiant North Korea Sunday restated its demand for recognition as a "legitimate" nuclear-armed state, as world powers pondered ways to punish Pyongyang for its latest and largest atomic test.

The North also vowed to increase its nuclear strike force "in quality and in quantity", two days after its fifth test in a decade sparked international condemnation and moves for tougher UN sanctions.

In Japan, a visiting senior US envoy said Washington and Tokyo were seeking "the strongest possible" measures in response.

North Korea insists that its missile and nuclear tests are necessary to counter what it says is a US nuclear threat to its independence.

A statement Sunday from a foreign ministry spokesman in Pyongyang mocked President Barack Obama's "totally bankrupt" policy on the country.

"Obama is trying hard to deny the DPRK's (North Korea's) strategic position as a legitimate nuclear weapons state but it is as foolish an act as trying to eclipse the sun with a palm," said the statement quoted by the official KCNA news agency.

Friday's test came only eight months after the previous one and was almost twice as powerful, at an estimated 10 kilotons.

Most worryingly for the international community, the North claimed it had been a miniaturized warhead that could be mounted on a missile.

The UN Security Council agreed Friday to start work on new measures -- even though five sets of UN sanctions since the first nuclear test in 2006 have failed to halt the North's nuclear drive.

Sung Kim, the US State Department's special representative for North Korea policy, said Washington and Tokyo would work closely in the Security Council and beyond "to come up with the strongest possible measure against North Korea's latest action".

He also suggested the US may launch its own unilateral sanctions in response to "the provocative and unacceptable behavior by the North Koreans".

"The test demonstrated the dignity of the country guided by the iron-willed commander as well as the strength of the Korean people," scientist Choe Kwang-Ho was quoted as saying.

Referring to Friday's phone conversation between President Park Geun-Hye and Obama, he said the United States had vowed to defend Seoul using "all means available" -- including the nuclear umbrella and conventional forces.

The South's military has said it would launch a retaliatory strike at Pyongyang's military leadership if it deemed the country was under nuclear threat.

Dubbed the Korea Massive Punishment and Retaliation system, the countermeasure would "directly target" key North Korean sites -- including its war command post -- if any sign of a nuclear attack was detected.

"Every Pyongyang district, particularly where the North Korean leadership is possibly hidden, will be completely destroyed by ballistic missiles and high-explosive shells as soon as the North shows any signs of using a nuclear weapon," a military source was quoted as saying by local news agency Yonhap.

"In other words, the North's capital city will be reduced to ashes and removed from the map."

The South has no atomic weapons of its own and shelters under the nuclear "umbrella" of its US ally, which stations 28,500 troops in South Korea.

But there are growing voices calling for the South to have its own nuclear weapons, despite government opposition.

A group of ruling Saenuri Party lawmakers, whose membership is now 24 and growing, was launched last month to push for the country to start preparations for its own nuclear development.

Meanwhile, North Korea has been joined by China in opposing the expanding U.S. presence in the region, such as the forthcoming deployment of a new anti-missile system in the South known as THAAD (Terminal High Altitude Area Defense).