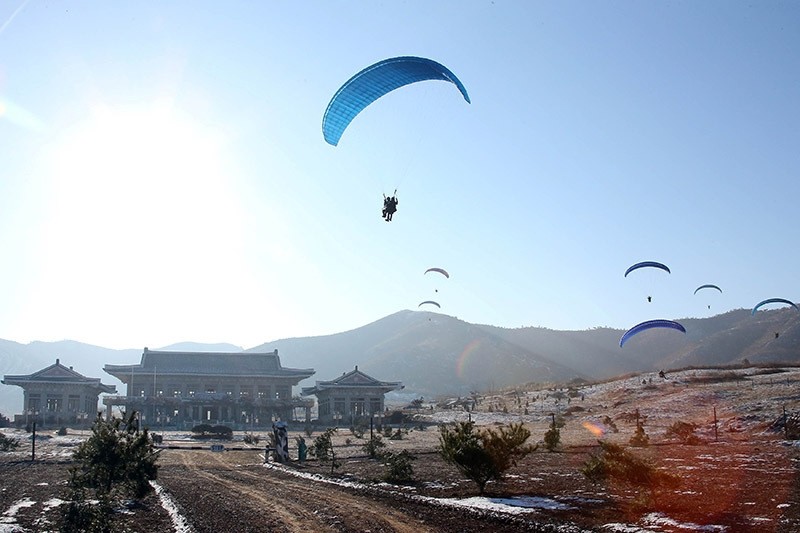 A combat drill of the service personnel of the special operation battalion of KPA Unit 525 is seen in this undated photo released by North Korea's Korean Central News Agency (KCNA) in Pyongyang on Dec. 11, 2016. (Reuters)
by Dec 12, 2016 12:00 am

The ruling Workers' Party newspaper Rodong Sinmun also carried a two-page report on the drill, showing pictures of a building resembling the Blue House being overrun by North Korean troops and set ablaze.

One photo showed Kim roaring with laughter as he watched the simulated attack.

"Well done, the enemy troops will have no space to hide themselves, far from taking any counteraction," state-run KCNA quoted Kim as saying.

No date was given for the military exercise in Sunday's report.

The South Korean military "strongly condemned" the drill, warning there would be fatal consequences if confronted by the North.

"If the enemy conducts a provocation based on its rash judgement, we will strongly and firmly retaliate with a fatal blow against the North Korean leadership," the defence ministry's joint chiefs of staff said in a statement.

There are growing concerns of fresh provocations by Pyongyang following Friday's impeachment of South Korean President Park Geun-Hye which has left the country without a recognised leader.

Prime Minister Hwang Kyo-Ahn, who has temporarily taken on the role and authority of acting president, held an emergency cabinet meeting and ordered the military to be extra vigilant against the North.

North Korea has conducted two nuclear tests already this year and multiple missile launches in its push for a weapon capable of delivering a nuclear warhead to the US mainland.

The UN Security Council slapped its toughest sanctions yet on the North last month over its fifth nuclear test in September, capping the North's annual coal exports -- its top external revenue source.