US hits China with WTO trade complaint over aluminum subsidies 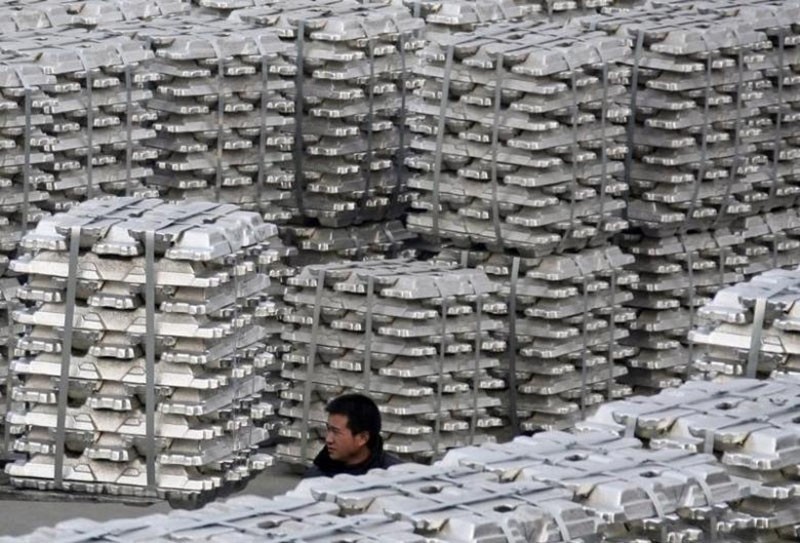 A worker walks among piles of aluminium ingots at a storage of aluminium plant in Yuncheng, Shanxi province January 7, 2010. (Reuters Photo)
by Compiled from Wire Services Jan 12, 2017 12:00 am

The Obama administration is filing a trade complaint with the World Trade Organization against China for allegedly "dumping" aluminum on the global market at artificially low prices.

U.S. Trade Representative Michael Froman says China is using artificially cheap loans and illegal subsidies to undercut the global price of aluminum. That makes it harder for the U.S. aluminum industry to sell its products overseas at competitive prices.

"China gives its aluminum industry an unfair advantage through underpriced loans and other illegal government subsidies," President Barack Obama said in a statement accompanying the announcement.

"These kinds of policies have disadvantaged American manufacturers and contributed to the global glut in aluminum, steel and other sectors," Obama said. "We're taking action to protect the workers - at home and around the world - who are hurt every day by these policies. That's what we've done since day one."

The first step in the WTO dispute process is for the governments to hold consultations. If the disagreement cannot be resolved, then a panel will review the case, a process that can take up to nine months.

If China is found to be violating trade rules, the WTO might authorize the US to impose punitive tariffs on Chinese goods to compensate for the damage caused by the illegal subsidies.

The USTR notes that even while aluminum prices were sinking, China was constantly building large new or expanded aluminum production facilities, boosting production 154 percent from 2007 to 2015, while global prices fell by approximately 46 percent.

During the same period, U.S. aluminum production decreased by approximately 37 percent, even though U.S. consumption increased. The number of U.S. aluminum smelters fell from 14 in 2011 to five in 2016, with only one operating at full capacity.

However, the WTO does not have rules to address overcapacity of a product on global markets, so the USTR said it instead focused on measures it says constitute subsidies for China's producers.

The complaint is the 16th brought against China before the WTO during the eight years of the Obama administration over issues ranging from tariffs on broiler chickens to tax rebates for small domestic aircraft and export duties on key Chinese raw materials. It's unclear what effect it will have considering the Obama administration ends in just over a week.