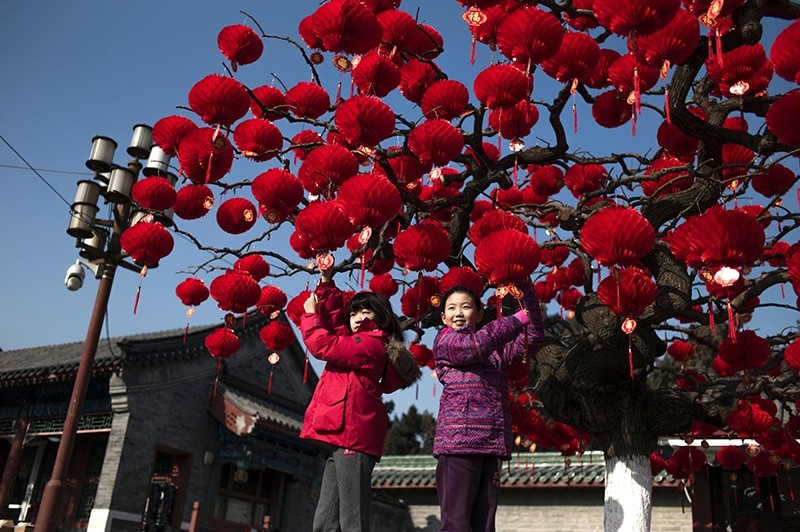 Thousands of people wearing thick coats and clutching suitcases line up in freezing conditions at Beijing Railway Station in the hope of snagging a ticket home for China's Lunar New Year.

They are among hundreds of millions of migrant workers travelling to far-flung towns and cities to see their families and celebrate the most important holiday on the Chinese calendar, which falls on January 28 this year.

The demand for tickets is so high that some people spend days trying to snare seats on public transport for the annual mega migration. Qi Xi is one of the lucky ones.

Unable to nab a high-speed rail ticket to whisk him from Beijing to his hometown in the northeastern province of Heilongjiang in just four hours, Qi will have to spend almost a full day on a hard, uncomfortable seat to reach his destination.

But he's not complaining.

"My coworker who's from Harbin still hasn't been able to buy a train ticket and doesn't know how else to get home, so he might just not go back at all this year," Qi said, chain-smoking outside the station as endless hordes of passengers carrying rucksacks and suitcases streamed past.

The holiday, also known as Spring Festival, is a time for families to gather their members for plentiful food and fireworks.

Travelers taking part in the world's largest annual human migration must be home by Friday to usher in the New Year on Saturday.

High travel volumes mean that navigating stations can be as much of a nightmare as nabbing a ticket in the first place.

Without internet access or a smartphone, 65-year-old Wang Wentai asked a more plugged-in friend to help him buy his train ticket back to Handan city in neighboring Hebei Province.

Excited to go home after a year of washing dishes at a Korean restaurant to supplement his son's income from a factory job, he arrived at the station two hours early -- but still ended up missing his train due to the crowds.

"There were so many people in line, and I just didn't know which line to wait in, so I wasted a lot of time," he said.

The next available ticket was for a train that left 14 hours later.

"I can't wait inside the station because it's still too early, but I don't know where else to go," he said, standing in front of the entrance with his hands in his pockets to protect them from the sub-zero chill.

"During the trip, you sometimes look at your phone, get bored, sleep a bit, though you can't really sleep well on the train, and just hold out until it's over," said a woman surnamed Qian who was about to embark on a 20-odd hour train ride to the distant southwestern province of Yunnan.

"But then, there are so many people crammed around you on the train that you can always chat to make it less boring."