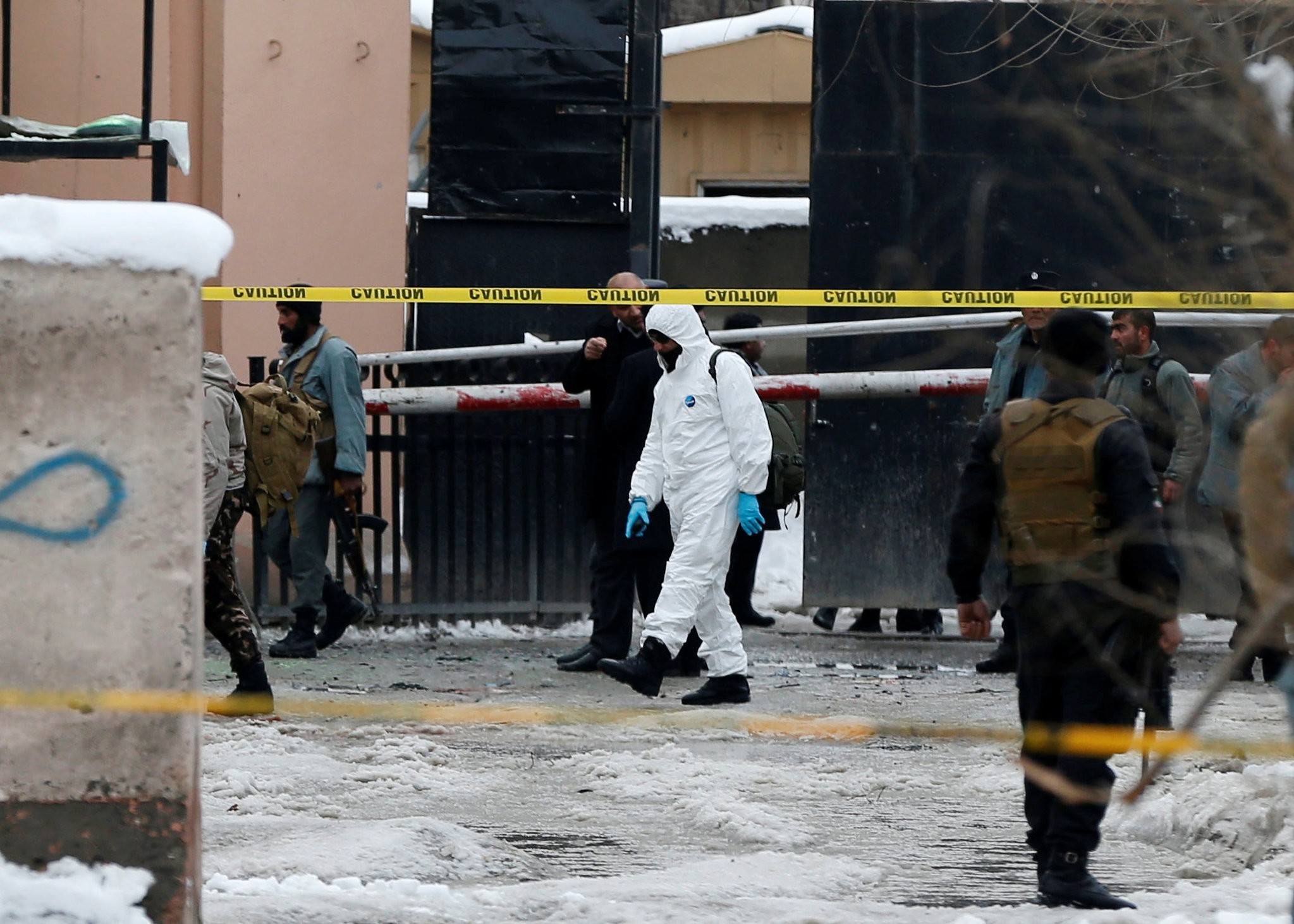 A suicide bomber struck an entrance to Afghanistan's Supreme Court on Tuesday, killing at least 19 people in the latest in a series of attacks on the country's judiciary.

The attacker was on foot, and targeted a side door as court employees and other people were exiting the building in downtown Kabul, the Interior Ministry said. Public Health Minister Ferozuddin Feroz said 41 people were wounded, including 10 in a critical condition.

No one immediately claimed the attack, which bore the hallmarks of the Taliban.

The Turkish Foreign Ministry issued a statement condemning the attack, shortly after the incident.

"We have learned with great sorrow that many people were killed and injured today in the terrorist attack perpetrated at the Supreme Court in Kabul," the ministry said in the statement.

"We believe that such heinous terrorist attacks cannot deter Afghanistan from its path towards stability and development and we reaffirm once again Turkey's support to the Afghan government's fight against terrorism," it added.

The insurgents have been at war with the U.S.-backed government for 15 years and have increasingly targeted the judiciary since the execution of six convicted insurgents last May.

Shortly after the executions, a suicide bomber targeted a minibus carrying court employees in Kabul during the morning rush hour, killing 11 people in an attack claimed by the Taliban, which called it an act of revenge.

In June, three Taliban fighters stormed a court building in the eastern Logar province, killing seven people, including a newly appointed chief prosecutor, before being shot dead by police.

Elsewhere in Afghanistan, a roadside bomb killed a top district official in the western Farah province as he returned home from a mosque, local police spokesman Iqbal Baher said. The Taliban claimed the attack.