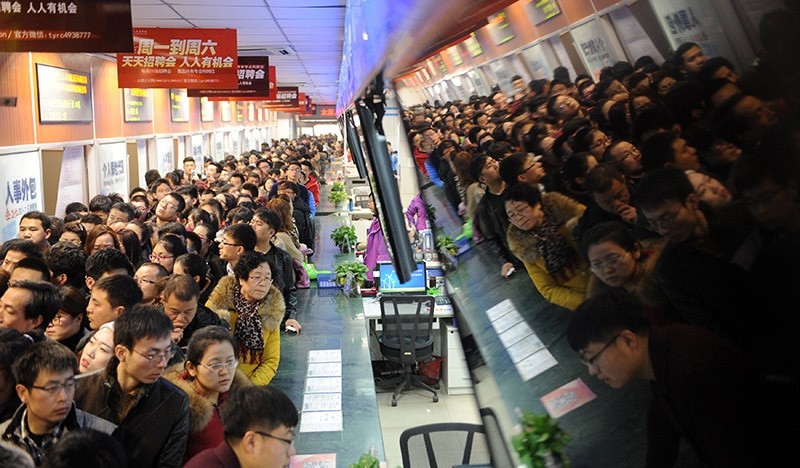 China is drafting policies to attract Taiwanese to live and work on the mainland, a government spokesman said Wednesday, in a direct appeal to the island's population amid a deepening political standoff between the governments in Taipei and Beijing.

The Cabinet's Taiwan Affairs Office said Wednesday that residents of the self-governing island democracy will be offered incentives in employment, education and government benefits.

Speaking at a bimonthly news conference, spokesman An Fengshan said the measures, to be rolled out at a time yet to be determined, aim to boost "economic and social integration between the sides."

Beijing froze government-to-government contacts with Taiwan in June over Taiwanese President Tsai Ing-wen's refusal to endorse the concept of a single Chinese nation. Since then, Beijing has been increasing diplomatic and economic pressure on the island it claims as its own territory.

The latest measures appear to represent the carrot to that stick, although previous attempts to win over Taiwanese through the pocketbook have had little effect. Around 1 million Taiwanese are believed to live in China, either full or part time, mainly for work and study.

An also lashed out at plans to visit Taiwan by the exiled leader of a Chinese ethnic minority regarded by Beijing as seeking independence for the vast northwestern region of Xinjiang.

President of the World Uyghur Congress Rebiya Kadeer plans to travel to the island at the end of next month at the invitation of a minor pro-independence political party, the Taiwan Solidarity Union, which is allied with Tsai's Democratic Progressive Party.

"We are resolutely opposed to Rebiya Kadeer engaging in activities in Taiwan in any form. In inviting this person to visit Taiwan, Taiwan independence forces are seeking to create an incident which is sure to undermine relations between the sides," An said.

Kadeer was imprisoned for more than five years in China for her advocacy of rights for Xinjiang's native Muslim Uighurs, also spelled Uyghur, and was exiled to the United States in 2005. She denies China's accusation that she backs a violent campaign to overthrow Chinese rule in Xinjiang.

China already affords Taiwanese considerable advantages, including the right to enter the mainland and remain as long as their "Taiwan Compatriots Pass" — a quasi-passport — remains valid.

Drawn by linguistic and cultural affinity, Taiwanese were among the biggest investors in China as it opened its economy in the 1980s and 1990s. China absorbs about two-thirds of Taiwan's outward investment and around 40 percent of its foreign trade.

Yet as China's economy grew into the world's second largest, young Taiwanese especially became increasingly wary of the economic threat posed to the island. Many blame China for stagnating wages and a comparative loss of competitiveness as the mainland moved from cheap manufactured products into high-tech realms that Taiwan had long specialized in.

Such concerns helped put Tsai in power in last year's election and she has responded with a push to expand Taiwan's economic links with Southeast Asia.