India launches more than 100 satellites into orbit in record launch 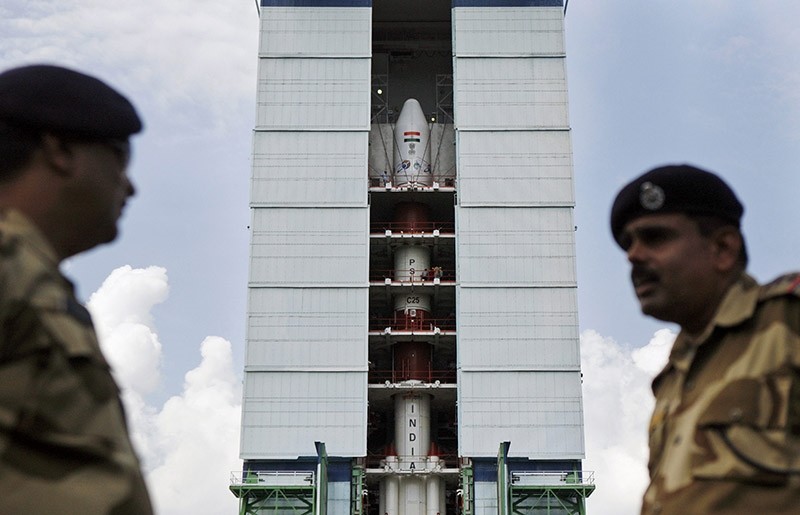 India has successfully put a record 104 satellites from a single rocket into orbit on Wednesday in the latest triumph for its famously frugal space program.

Celebrations erupted among scientists at the southern spaceport of Sriharikota as the head of India's Space Research Organization (ISRO) announced all the satellites had been ejected as planned.

"My hearty congratulations to the ISRO team for this success," the agency's director Kiran Kumar told those gathered in an observatory to track the progress of the Polar Satellite Launch Vehicle (PSLV).

"This remarkable feat ... is yet another proud moment for our space scientific community and the nation," Modi wrote on Twitter.

The rocket's main cargo was a 714 kilogram (1,574 pound) satellite for Earth observation but it was also loaded with 103 smaller "nano satellites," weighing a combined 664 kilograms, the smallest being only 1.1 kilogram.

Nearly all of the nano satellites are from other countries, including Israel, Kazakhstan, Switzerland and 96 from the United States.

Around 90 of the satellites are from a San Francisco-based company, Planet Inc., each weighing around 4.5 kilograms that will send Earth images from space, while only three satellites belonged to India.

Scientists sat transfixed as they watched the progress of the rocket on monitors until the last payload was ejected, and then began punching the air in triumph and hugging each other.

This was PSLV's 39th successful mission, known as India's space workhorse. In 2015, it carried 23 satellites to space.

The launch means India now holds the record for launching the most satellites in one go, surpassing Russia which launched 39 satellites in a single mission in June 2014.

And it is another feather in the cap for ISRO which sent an unmanned rocket to orbit Mars in 2013 at a cost of just $73 million, compared with NASA's Maven Mars mission which had a $671 million price tag.

ISRO is also mulling the idea of missions to Jupiter and Venus.

The business of putting commercial satellites into space for a fee is growing as phone, internet and other companies, as well as countries, seek greater and more high-tech communications.

India has carved out a reputation as a reliable low-cost option, relying in part on its famed skill of "jugaad," creating a cheap alternative solution.

Experts say much of its credibility stems from India's successful launch of the Mars orbiter, which gave it an edge over its rivals in the space race.

"India is proving to be a very viable option because of the cost and the reliability factor," said Ajay Lele, a senior fellow at the Delhi-based Institute for Defense Studies and Analyses.

"India has been doing these launches successfully and has established itself as a very reliable player," Lele said.

Mathieu J. Weiss, a liaison officer for France's CNES national space agency who is currently in India, said ISRO had pulled off a major feat.

"It's a great technical challenge to launch so many satellites at once into orbit on the right trajectory so that they don't make contact with each other," Weiss told reporters.

Weiss said India had become a major player in the space race by making itself so competitive with its low costs and by working with private companies which are space specialists.

"India has become a space power in its own right in recent years," he added.

Last June, India set a national record after it successfully launched a rocket carrying 20 satellites, including 13 from the U.S.

Modi has often hailed India's budget space technology, quipping in 2014 that a rocket that launched four foreign satellites into orbit had cost less to make than Hollywood film "Gravity."