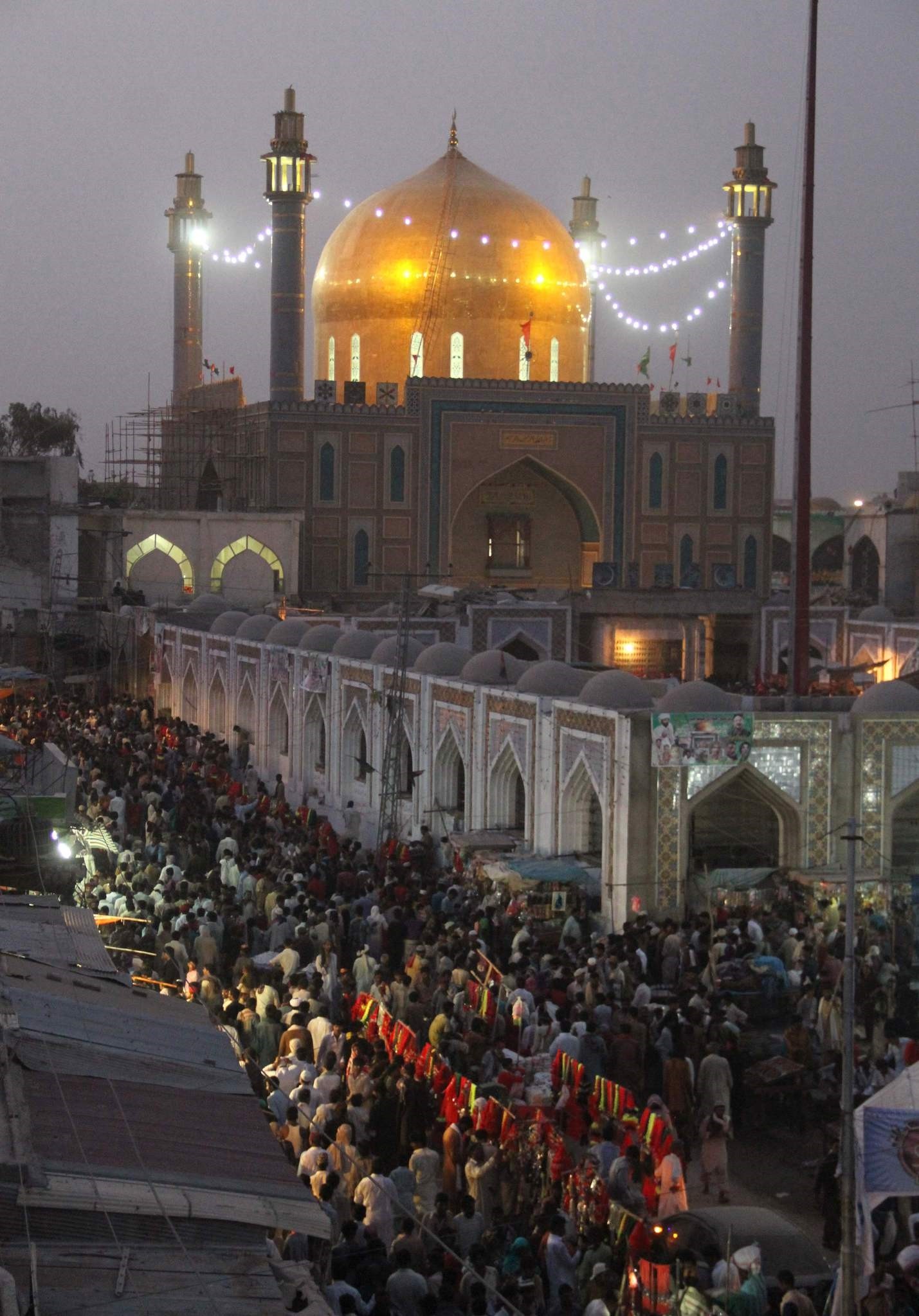 Pakistani devotees gather at the shrine of 13th century Muslim Sufi saint Lal Shahbaz Qalandar in Sehwan, some 200 kilometres (124 miles) northeast of Karachi, on the anniversary of the saint's death.
by Compiled from Wire Services Feb 16, 2017 12:00 am

More than 70 people were killed when a suicide bomber detonated explosives at a crowded Sufi shrine in southern Pakistan on Thursday, a police official said.

Senior police officer Shabbir Sethar told Reuters from a local hospital that the death toll was likely to rise.

"At least 72 are dead and over 150 have been injured," Sethar said by telephone.

The attack on Lal Shahbaz Qalandar shrine in the town of Sehwan Sharif is the largest of a wave of bombings to hit Pakistan this week as the Pakistani Taliban and other militants carry out threats of a new offensive.

Imdad Soomro, an eyewitness said on the phone that the suicide bomber struck a crowd of hundreds after the Magrib (sunset) prayer.

"I can see several bodies and scores of injured people lying inside the hall and in the courtyard crying for help. There is total chaos here," Soomro said.

Health officials fear a rise in the death toll as dozens were stated to be in critical condition.

Footage aired on local TV channels showed local people rushing to the scene and shifting victims into private vehicles and a handful of ambulances, and rushing them to nearby hospitals.

Ambulances and medical teams from Hyderabad and other adjoining cities were dispatched to the site following the attack, for which a little-known militant group, Daulat-e-Islam Khurassan, has claimed responsibility.

President Mamnoon Hussain, and Prime Minister Nawaz Sharif have condemned the terrorist attack which is the latest in a string of suicide attacks that have rocked this South Asian nation in the last four days.

"This is an attack on entire Pakistan," Sharif said in a statement adding that the country was facing a difficult time in the last few days but "the nation stands united against terrorists and will win this war".

At least 52 people were killed and over 100 injured in a similar blast at a shrine in southwestern Pakistan last November.