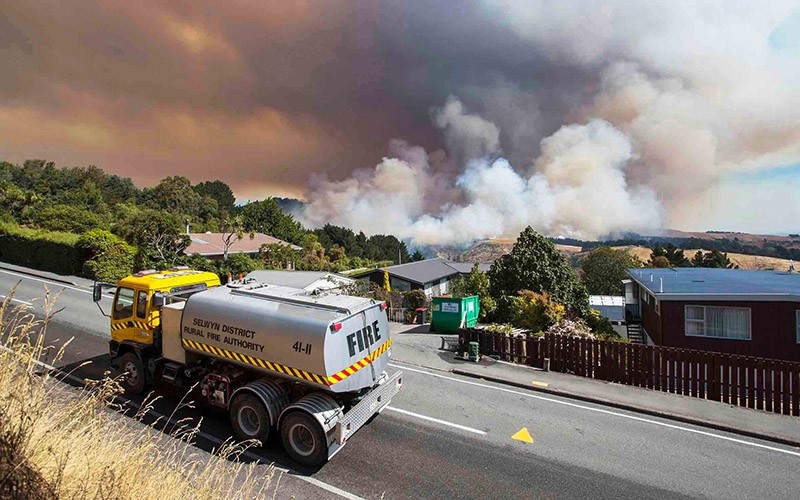 Wildfires ripped through New Zealand's Christchurch, leading authorities to declare a state of emergency and causing more than 1,000 people to flee their homes.

The fires in the Port Hills district of Christchurch began earlier in the week, and are believed to have been caused by an electrical problem.

According to a statement made by the Christchurch Civil Defense Emergency Management (CCDEM), the wildfires are not yet under control in Christchurch, which is the third largest city in New Zealand, located on the South Island.

CCDEM declared a state of emergency yesterday, after the wind changed direction, and announced that 1,000 people had been evacuated and 11 homes and 2 sheds had been lost to the flames, although the situation was constantly developing.

Emergency management spokesman Richard McNamara told Radio New Zealand, "Yesterday we were chasing a monster - we were trying to catch it, and you add in wind and it becomes totally uncontrollable."

Noting that more than 130 firefighters had been deployed to control the flames, as well as 3 fixed-wing aircraft and more than a dozen helicopters, CCDEM officials stated that it is too early to give a clear statement on when evacuees would be able to return to their homes.