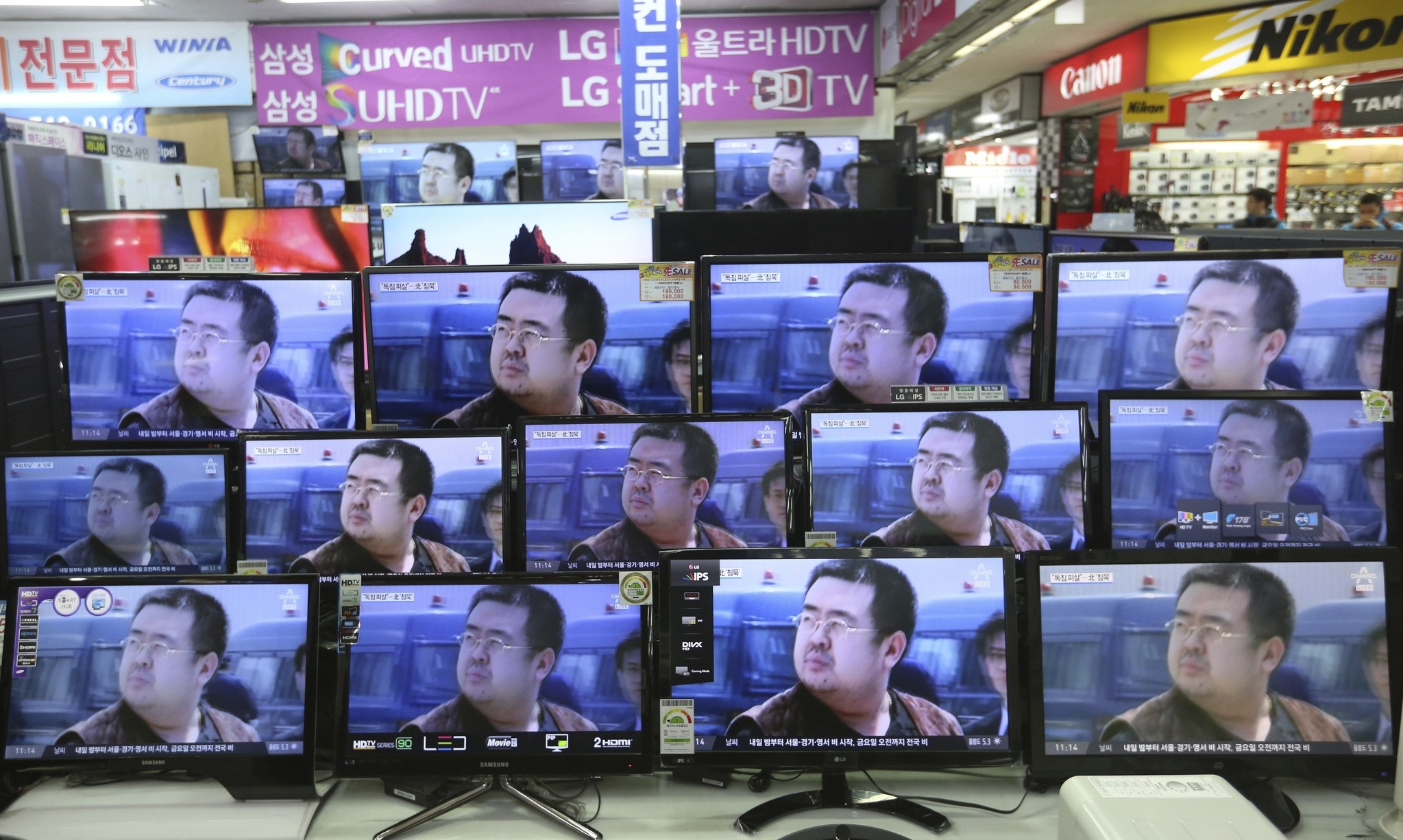 TV screens show pictures of Kim Jong Nam, the half-brother of North Korean leader Kim Jong Un, at an electronic store in Seoul, South Korea, Wednesday, Feb. 15, 2017. (AP Photo)
by Feb 17, 2017 12:00 am
North Korea said it would "categorically reject" the post mortem conducted by Malaysia on one of its citizens who died in Kuala Lumpur this week, and demanded the body be released immediately.

Kim Jong Nam, the estranged half-brother of North Korean leader Kim Jong Un, was murdered in Kuala Lumpur on Monday. His autopsy is being performed at a hospital in the capital city.

"The Malaysian side forced the post mortem without our permission and witnessing, we will categorically reject the result of the post-mortem conducted unilaterally excluding our attendance," the North Korean ambassador Kang Chol said in a statement read to the media outside the hospital late on Friday.

His statement made no reference to the identity of the North Korean who died.