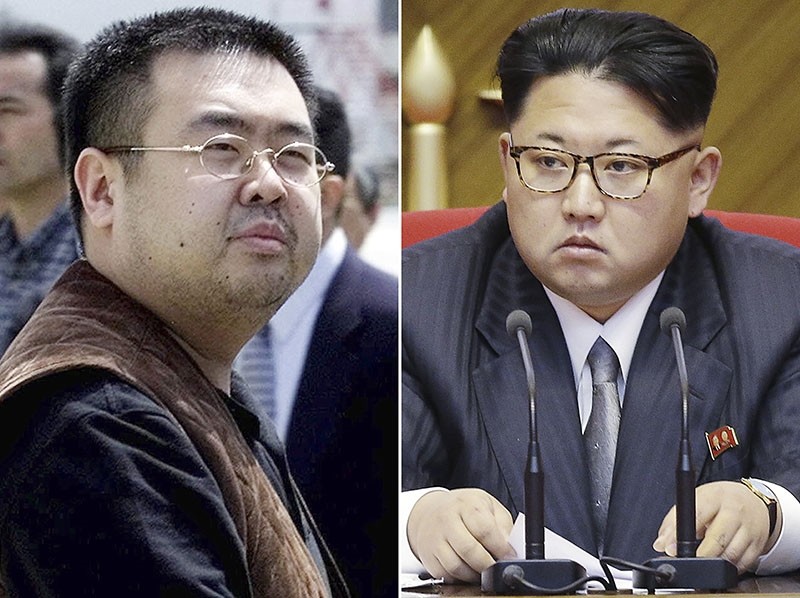 Malaysia performed a second autopsy on the estranged half brother of North Korea's leader because the first procedure was inconclusive, piling on the intrigue surrounding what appeared to be a well-executed assassination at an airport in Kuala Lumpur, an official said Saturday. Police arrested a fourth suspect, identified as a North Korean man.

The second autopsy clearly enraged North Korea, which has vowed to reject the results of any post-mortem and demanded that Malaysia turn over the body immediately. Speaking to reporters outside the morgue late Friday, Pyongyang's ambassador said Malaysian officials may be "trying to conceal something" and "colluding with hostile forces."

A Malaysian official with knowledge of the investigation confirmed the second autopsy started Friday night and said that the results of the first one were inconclusive. He asked that his name not be used because he is not authorized to speak to the media.

The inconclusive autopsy results raise all sorts of questions about the mysterious death of Kim Jong Nam, but a lack of closure and a lingering sense of the unknown aren't unusual when it comes to North Korea. While South Korea has blamed North Korea for a slew of notable assassinations or attempted killings in past decades, the North often denies involvement or simply doesn't comment.

The death of Kim Jong Nam, the exiled half brother of North Korea's powerful and mercurial ruler, has unleashed a torrent of speculation, tales of intrigue and explosive, unconfirmed reports from dueling nations.

Malaysia has arrested four people so far, the lastest a man carrying an ID that identified him as 46-year-old Ri Jong Chol. He was picked up Friday night.

Authorities were still trying to piece together details of the case.

Kim Jong Nam, who was 45 or 46 and had lived in exile for years, suddenly fell ill at the Kuala Lumpur airport on Monday as he waited for a flight home to Macau. Dizzy and in pain, he told medical workers at the airport he had been sprayed with a chemical. He died while being taken to a hospital.

South Korea has accused its enemies in North Korea of dispatching a hit squad to kill Kim Jong Nam at the airport in Kuala Lumpur, saying two female assassins poisoned him and then fled in a taxi.

On Friday, Indonesia's police chief said an Indonesian woman arrested for suspected involvement in the killing was duped into thinking she was part of a comedy show prank.

Indonesian police chief Tito Karnavian, citing information received from Malaysian authorities, told reporters in Indonesia's Aceh province that Siti Aisyah, 25, was paid to be involved in "Just For Laughs" style pranks, a reference to a popular hidden camera show. He said she and another woman performed stunts which involved convincing men to close their eyes and then spraying them with water.

"Such an action was done three or four times and they were given a few dollars for it, and with the last target, Kim Jong Nam, allegedly there were dangerous materials in the sprayer," Karnavian said. "She was not aware that it was an assassination attempt by alleged foreign agents."

Malaysian police were questioning four suspects — Aisyah, another woman who carried a Vietnamese passport; a man they said is Aisyah's boyfriend; and the North Korean man.

"We will categorically reject the result of the post-mortem," Kang said, adding that the move disregarded "elementary international laws and consular laws."

Kang said the fact that Malaysia has yet to hand over the body "strongly suggests that the Malaysian side is trying to conceal something which needs more time and deceive us, and that they are colluding with the hostile forces towards us who are desperate to harm us."

Malaysia is one of just a handful of countries to have full diplomatic ties with North Korea, with each country having an embassy in the other's capital. Malaysia has also been a key place for quiet, semi-official "track 2" diplomatic talks between North Korea and with the United States.

Malaysia said Friday it wants DNA samples from Kim Jong Nam's family as part of the post-mortem procedure and that officials were not yet willing to hand the body over to the North Koreans. Although Kim Jong Nam is believed to have two sons and a daughter with two women living in Beijing and Macau, police in Malaysia say none has come forward to claim the body or provide DNA samples.

"If there is no claim by next-of-kin and upon exhausting all avenues (to obtain DNA), we will finally then hand over the body to the (North Korean) embassy," said Abdul Samah Mat, a senior Malaysian police official. He would not say how long that process might take.

Kim Jong Nam was estranged from his younger half brother, the North Korean leader Kim Jong Un. He reportedly fell out of favor with their father, the late Kim Jong Il, in 2001, when he was caught trying to enter Japan on a false passport to visit Tokyo Disneyland.