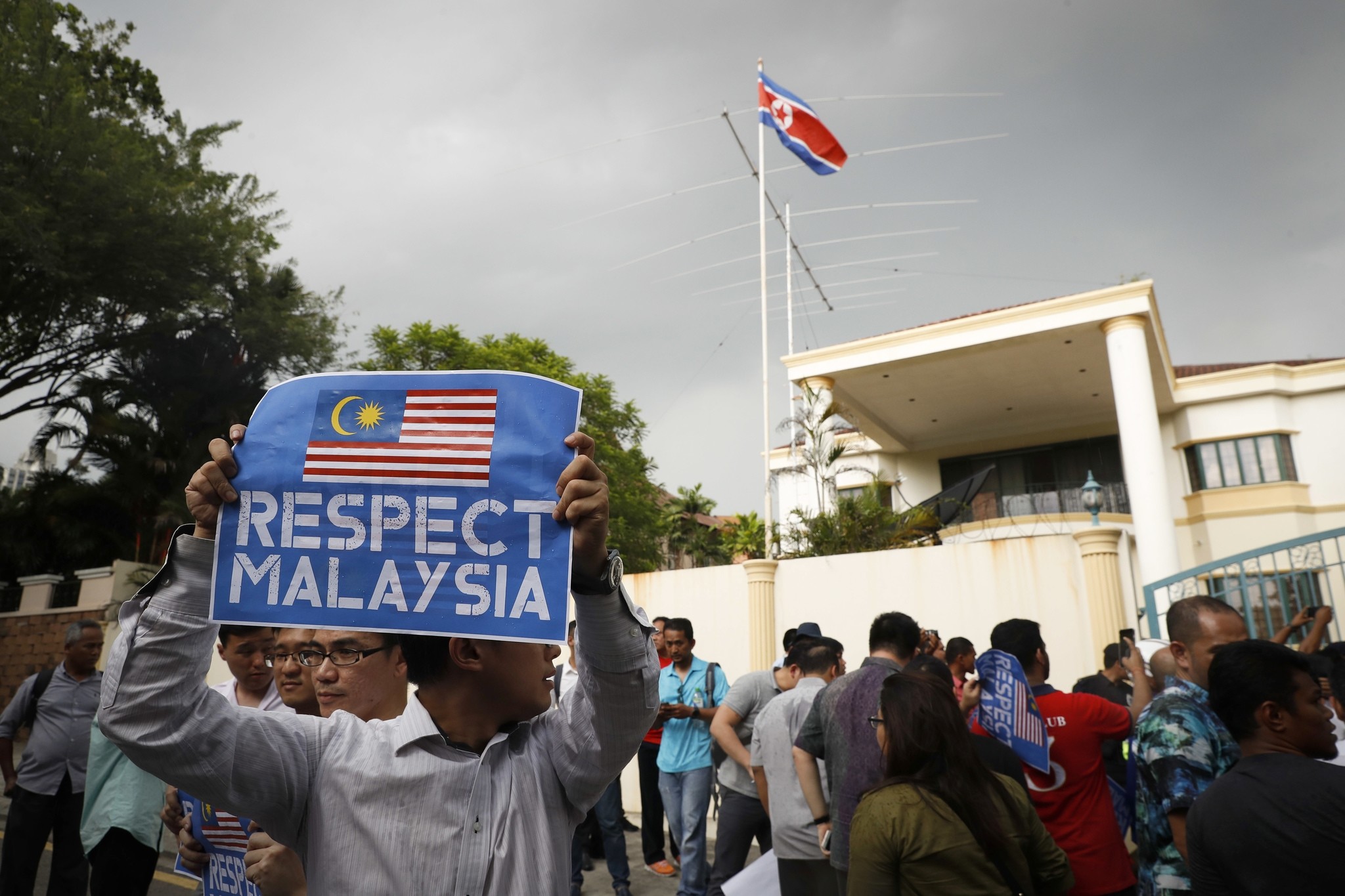 A members of the UMNO Youth holds a placard as they gather to protest against the killing of Kim Jong Nam outside North Korean Embassy in Malaysia, Thursday, Feb. 23, 2017. (AP Photo)
by Feb 23, 2017 12:00 am
North Korea blamed Malaysia on Thursday for the death of Kim Jong-Un's half brother and accused it of an "unfriendly attitude" in a scenario drawn up by South Korea, which has said Pyongyang agents assassinated Kim Jong Nam.

KCNA, citing a spokesman for a state committee, said Malaysia quickly changed its position and started to complicate the matter after reports surfaced in South Korea that the man was poisoned to death.

"What merits more serous attention is the fact that the unjust acts of the Malaysian side are timed to coincide with the anti-DPRK conspiratorial racket launched by the South Korean authorities," KCNA said, using the North's formal name of the Democratic People's Republic of Korea.

KCNA, in the first official media report of the killing, did not name the person who died on the way to the hospital or acknowledge that he was the estranged half-brother of North Korean leader Kim Jong Un, referring to him only as "a citizen of the DPRK".

"The biggest responsibility for his death rests with the government of Malaysia as the citizen of the DPRK died in its land," the report said.

On Wednesday, Malaysian police named a North Korean diplomat along with a state airline official who are wanted for questioning over the murder of Kim Jong Nam, the 46-year-old older half-brother of Kim Jong Un.

Malaysia's police chief Khalid Abu Bakar said both officials were in Malaysia but could not confirm if they were in the North Korean embassy.

So far, police have identified a total of eight North Koreans suspected of being linked to the killing. One is in custody.

Malaysia has denied North Korea's request for the body to be handed over to its embassy directly, saying it would be released to the next of kin, although none has come forward.

The KCNA report accused Malaysia of breaking international law by conducting autopsies on a person bearing a diplomatic passport.