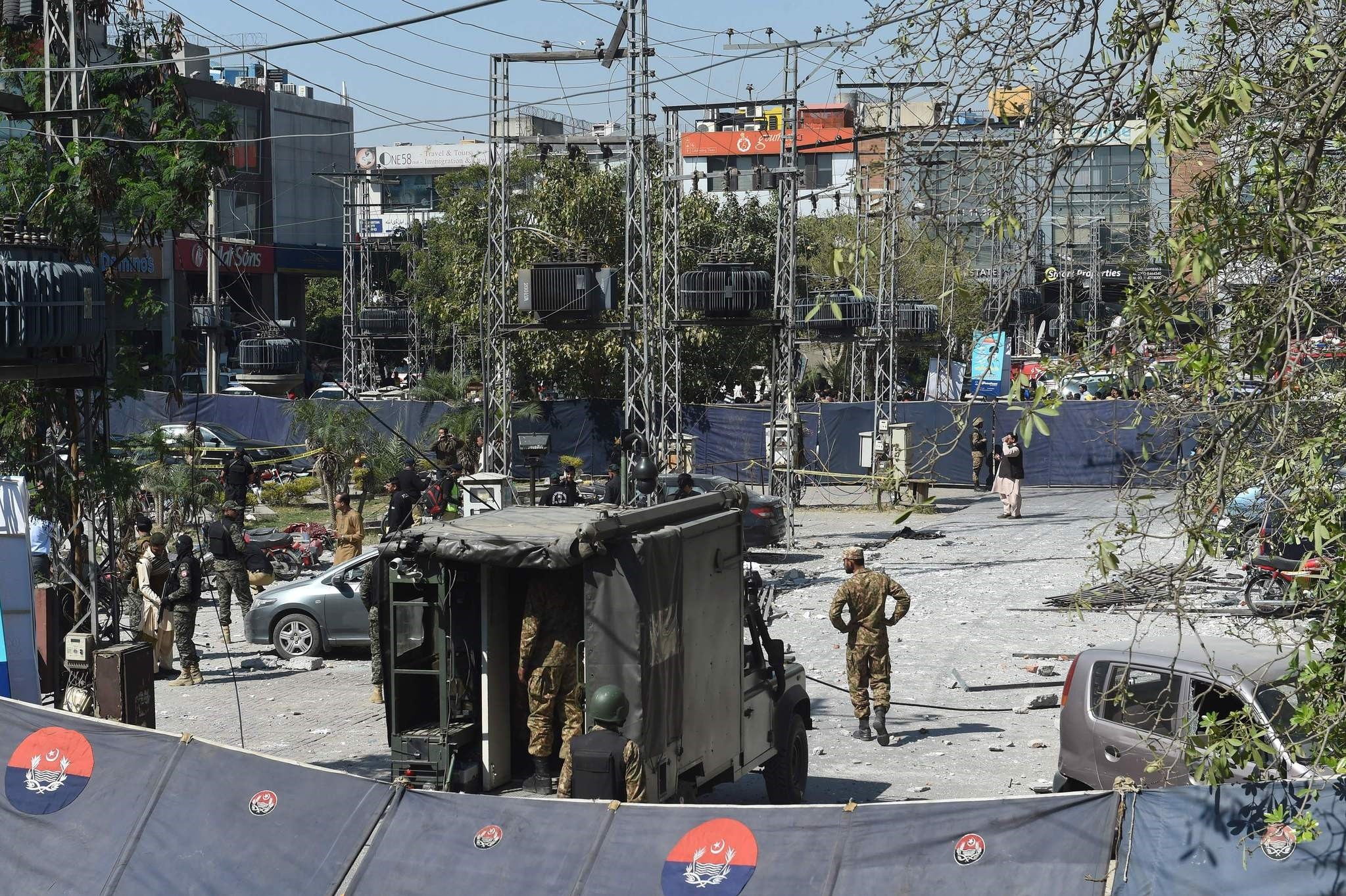 Seven people were killed and 30 injured after a blast ripped through a building in an upscale shopping area of Pakistan's Lahore Thursday, officials said, the latest in a surge in terrorist attacks.

Television footage showed a smouldering building and several crumpled cars with their windows blown out.

The explosion took place in the particularly affluent Defence Housing Authority suburb of the city, replete with upscale boutiques and cafes as well as an academy for the international hair salon Toni & Guy.

It came a day after the military announced the launch of a nationwide anti-terrorist operation in the wake of a series of bloody assaults that have killed more than 130 people in the past two weeks.

They included a previous bomb blast in Lahore on February 13 which killed 14 people, and a devastating suicide attack at a Sufi shrine in Sindh province that left 90 devotees dead.

The attacks, which were claimed by Daesh and the Pakistani Taliban, dented growing optimism over the country's security after it appeared to be making strong gains in its decade-and-a-half long war on militancy.

The emergence of Daesh and a Taliban resurgence would be a major blow to Pakistan. Analysts have said the apparently coordinated nature of the attacks suggested militants were regrouping.

Pakistan has accused neighbouring Afghanistan of harbouring the militants who have carried out the attacks. Kabul and Islamabad routinely accuse one another of giving militants safe haven.

"The enemy is taking advantage of the turmoil in Afghanistan to launch terrorist attacks on Pakistan's soil," a foreign office spokesman told reporters at a regular press briefing Thursday as he condemned the attacks.

Islamabad launched a crackdown in the wake of the attacks, saying it has killed dozens of "terrorists" in recent days and carried out airstrikes on militant hideouts along the Afghan border before announcing the fresh military operation Wednesday.

Analysts said the military was seeking to limit militants' movements from one place to another by carrying out a nationwide operation.

Pakistan had vowed to hold the final of its hugely popular Pakistan Super League in Lahore next month despite the surge in violence, part of an effort to bring international cricket back to the country, promising "head of state level" security for foreign players taking part.

The city, capital of Punjab province and Pakistan's second largest metropolis, was also the scene of an attack on the Sri Lankan cricket team bus in 2009. Pakistan has not hosted high-level visiting teams since then.