Duterte invites EU critics of anti-narcotics campaign to Philippines, wants to 'slap them' 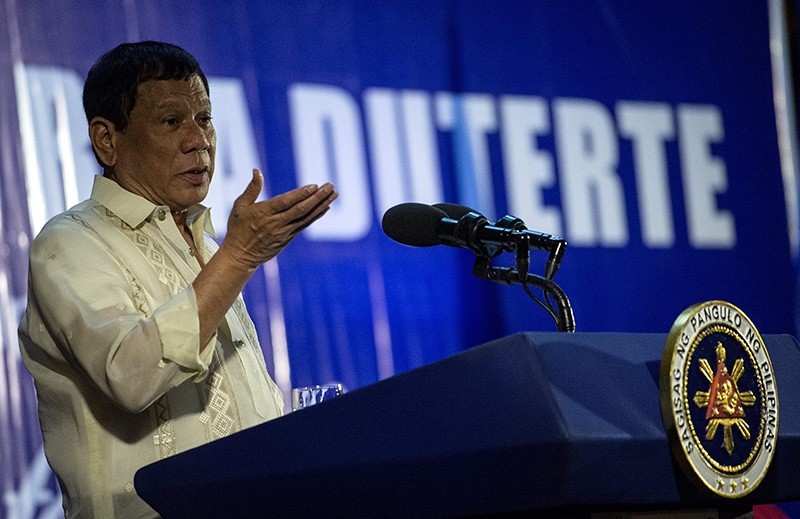 Philippines' President Rodrigo Duterte lashed out on Friday at European Union critics of his bloody anti-narcotics campaign, threatening to "slap" them.

It is the latest of the leader's near-daily diatribe against the United States, EU and the United Nations while heaping praise on China and Russia.

"Come here and we will talk because I want to slap you," Duterte said in a speech during celebrations of Women's Day at the presidential palace late on Friday.

Duterte scoffed at the bloc for recommending the Philippines build "clinics around like in other countries, and give shabu, cocaine and heroin like in Holland."

The Southeast Asian leader lashed out on the EU last week for hypocrisy and called the bloc "sons of bitches" for recommending a rehabilitation-centered solution to the drugs problem.

More than 8,000 people have been killed since Duterte took power on June 30 last year, with police taking responsibility for a third of those deaths, citing self-defense during anti-narcotics operations.

The government rejects local and international human rights groups' allegations that police are involved in thousands of mysterious deaths.

Duterte castigated the EU for believing reports of non-government groups that tag the leader for the killings. "Even if it's just epilepsy, they count it against me," he said, to the laughter of the crowd.

Duterte boasted of his new-found friendship with China, which had been embroiled in a territorial spat with the Philippines before Duterte took office.

As for Russia, Duterte said he plans to make it the trade gateway for Eastern Europe.