Japan envoy returns to S. Korea after being recalled over ‘comfort woman’ statue 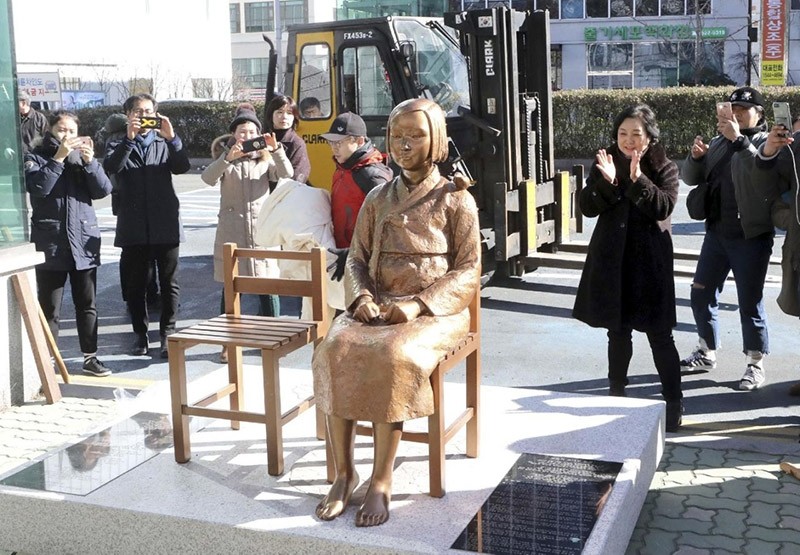 Japan said on Monday that it was sending its ambassador back to South Korea almost three months after recalling him over a statue commemorating Korean women forced to work in Japanese military brothels during World War Two.

The two nations in 2015 agreed that the issue of "comfort women", which has long troubled ties between the Asian neighbours, would be "finally and irreversibly resolved" if all conditions of the accord - which included a Japanese apology and a fund to help the victims - were met.

Japan had said that the statue near its consulate in the southern South Korean city of Busan, which depicted a young woman sitting barefoot in a chair and was erected at the end of last year, violated that agreement.

Foreign Minister Fumio Kishida said Ambassador Yasumasa Nagamine will fly back to Seoul on Tuesday, along with the consul-general in the South Korean city of Busan.

He said that a period of political flux after the arrest of ousted president Park Geun-hye meant an ambassador needed to be in place in order to gather information on the situation as well as for maintaining close ties in the face of North Korea's missile and nuclear programmes.

Along with recalling the ambassador, Japan also postponed bilateral "high-level" economic dialogue and talks on a new currency swap arrangement with South Korea.

Before and during World War II, Japan forced many Korean and other women in Asia to work in brothels for the Japanese military in what was known as the "comfort women" system.

South Korean activists estimate that there may have been as many as 200,000 Korean victims.