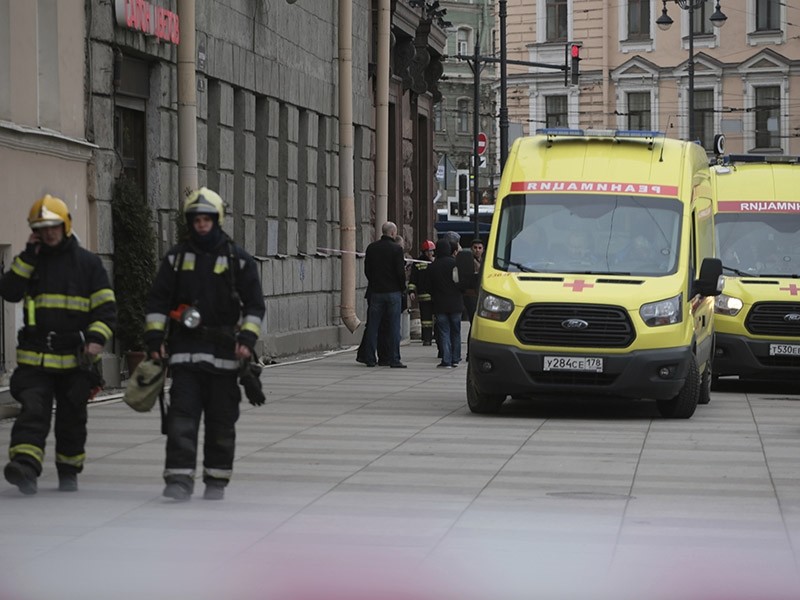 Russian emergency service patrol an area near to the Tekhnologicheskaya metro station after an explosion in St.Petersburg subway in St.Petersburg, Russia, Monday, April 3, 2017 (AP Photo)
by Compiled from Wire Services Apr 04, 2017 12:00 am

The likely suspect in a deadly blast in the Russian city of St. Petersburg is a Kyrgyz-born Russian citizen, Kyrgyzstan's security service said on Tuesday.

Kyrgyz authorities identified the attacker as ​Akbarzhon Jalilov, who was born in Kyrgyzstan's Osh city in 1995.

The Kyrgyz intelligence agency said it is cooperating with Russian authorities to help the investigation.

The spokesman declined to name the suspect or provide any additional information.

There was no immediate claim of responsibility for the explosion, which comes after the Daesh terrorist group called for attacks on Russia in retribution for its military intervention in Syria.

Another agency Interfax said its reporter had seen several fire engines outside the station.

A bomb blast tore through a subway train under Russia's second-largest city on Monday, killing 11 people and wounding more than 40.