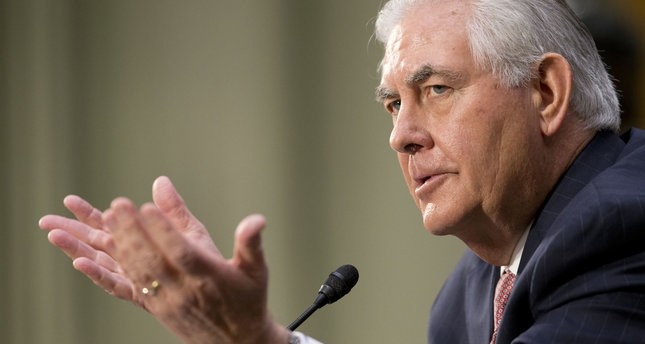 North Korea has been under U.N. sanctions aimed at impeding the development of its nuclear and missile programs since 2006. The 15-member council has strengthened sanctions following each of North Korea's five nuclear tests.

"We do need to talk about it in terms of what are we as a council are going to do to deal with North Korea and how do we push that forward. So we hope that we get as many foreign ministers to come as possible," Haley told a news conference to mark Washington's presidency of the Security Council for April.

Last month, Chinese Foreign Minister Wang Yi said after talks in Beijing with Tillerson that the Korean Peninsula nuclear issue is between the United States and North Korea. There had to be a commitment to using diplomatic means to peacefully settle the North Korea issue, Wang said.

A U.S. think tank reported last month that satellite imagery of North Korea's main nuclear test site indicates that Pyongyang could be in the final stages of preparations for a sixth nuclear test.

Also last month, North Korea state media said the country had conducted a test of a high-thrust engine that would help achieve world-class satellite launch capability, indicating the test was of a new type of rocket engine for long-range missiles.

The review includes economic and military measures but leans towards new sanctions and increased pressure on Beijing to rein in its neighbor and ally, the official said.