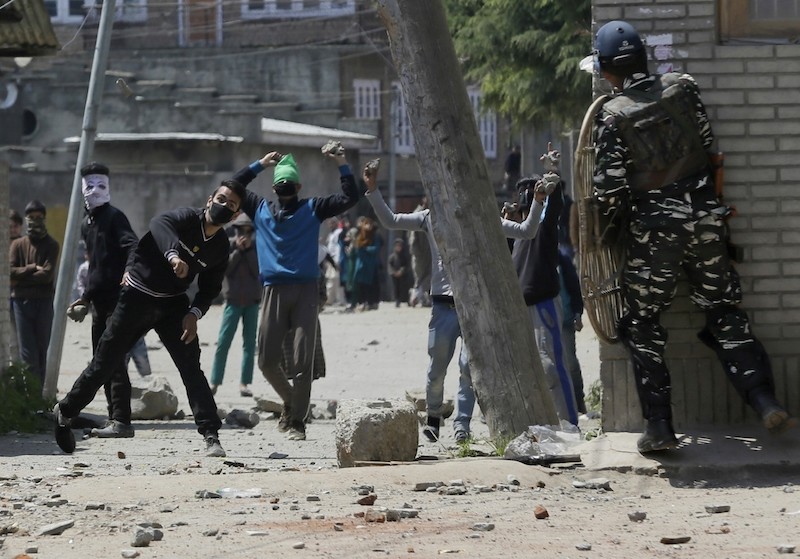 Six people were killed and more than two dozen were injured Sunday when police clashed with protesters during a by-election in Srinagar in India's disputed Kashmir region, according to a senior police official.

Separatist factions in Kashmir had called for a boycott of the vote, resulting in heightened security and low voter turnout when the polling began.

More than two dozen people were injured during the clashes across central Kashmir on Sunday, the official said.

At least 70 polling stations were shut due to the violence, while at some stations voting machines were set ablaze by the protesters.

The by-election in Srinagar is being held to fill a vacant seat in the Lok Sabha, India's lower house of parliament. A second by-election in the state for a separate Lok Sabha seat is set to take place on April 12 in Anantnag. The results of both polls are expected to be announced on April 15.

India and Pakistan have fought two of their three wars since independence over Kashmir, which each claims in full but rules only a part.

India accuses Pakistan of backing separatist fighters - a charge Islamabad denies. There have been a spate of protests since the killing by security services of separatist leader Burhan Wani.