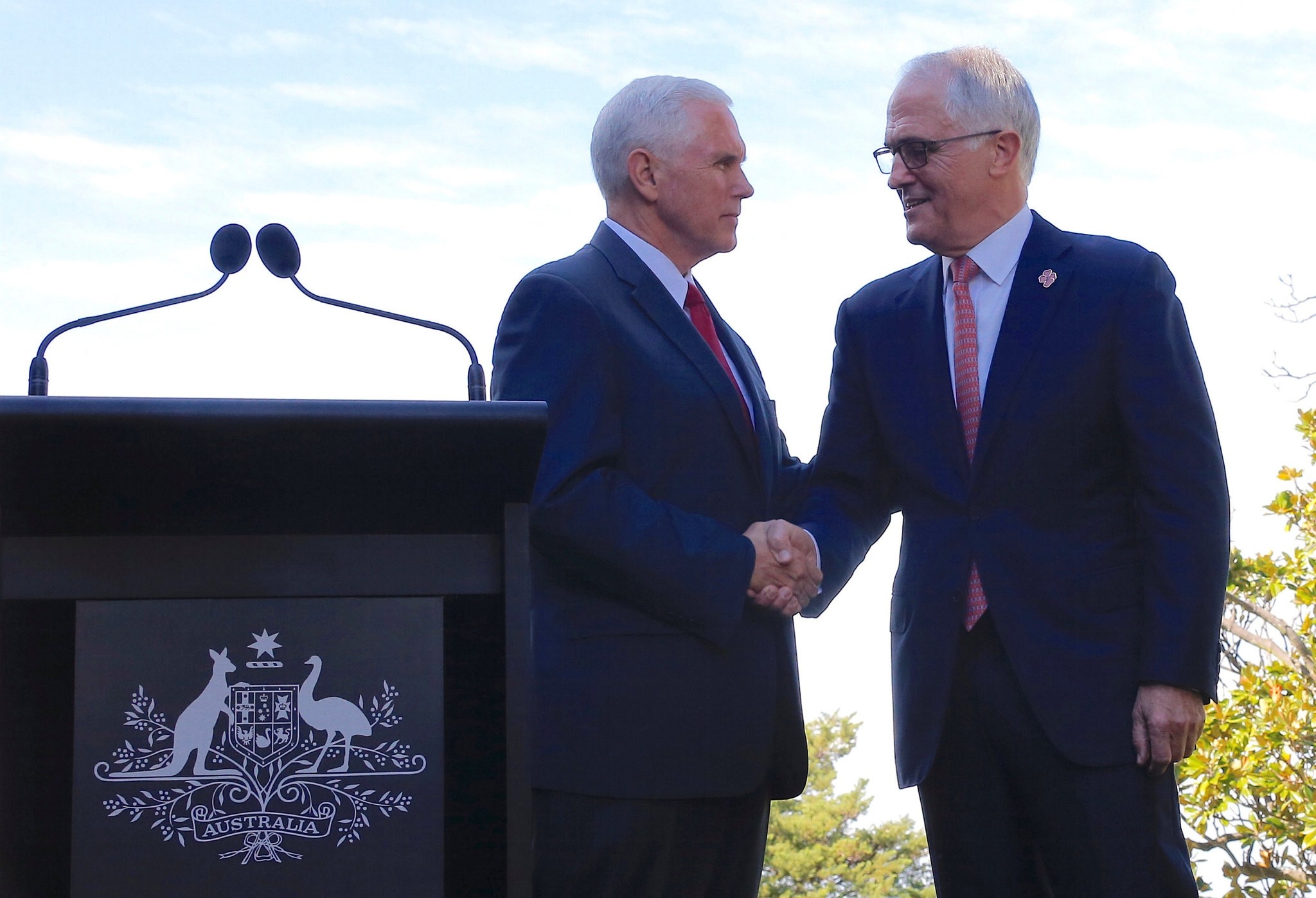 Pence also sought to clear the waters about the location of US supercarrier Carl Vinson that was supposedly steaming towards North Korea, saying it would arrive in the Sea of Japan "in a matter of days".

The vice president was in Sydney for talks with Australian Prime Minister Malcolm Turnbull on a trip aimed at mending fences following a surly phone conversation between Trump and Turnbull in January, which rattled a long-standing alliance between the two powers.

Trump reportedly exploded and cut short the telephone call when he was told about a deal to move some refugees from Pacific island camps to America.

"The United States intends to honor the agreement, subject to the results of the vetting processes that now apply to all refugees considered for admission to the United States of America," Pence said.

The US commitment to take the refugees was "a reflection of the enormous importance of the historical alliance between the United States and Australia... whatever reservations the president may have about the details."

But he added that that this "doesn't mean we admire the agreement".

Pence also praised China's role in the escalating North Korean crisis but renewed calls for Beijing to use its "unique" position to bring Pyongyang to heel.

Tensions between Washington and Pyongyang have soared recently following a series of missile launches amid fears that the North may be readying a sixth nuclear test.

"We do believe China can do more."

The USS Carl Vinson aircraft carrier was expected to arrive in the Sea of Japan before the end of the month, Pence said.

The US Navy on April 8 said it was directing a naval strike group headed by the Vinson to "sail north" from waters off Singapore, as a "prudent measure" to deter the hermit regime.

Trump and other officials followed up with comments that made it sound like the ships were steaming towards the region.

"We are sending an armada. Very powerful," said President Donald Trump, while Pentagon chief Jim Mattis said the Vinson was "on her way up".

But the Navy admitted Tuesday the ships were in fact sent in the opposite direction -- away from Singapore and towards Australia to conduct drills with the Australian navy.

Pence said Wednesday that the United States would counter any North Korean attack with an "overwhelming and effective" response.

His comments came after a senior North Korean official warned the regime had no intention of scaling down its missile programme, pledging weekly tests and threatening "all-out war" if the US took any action against it.