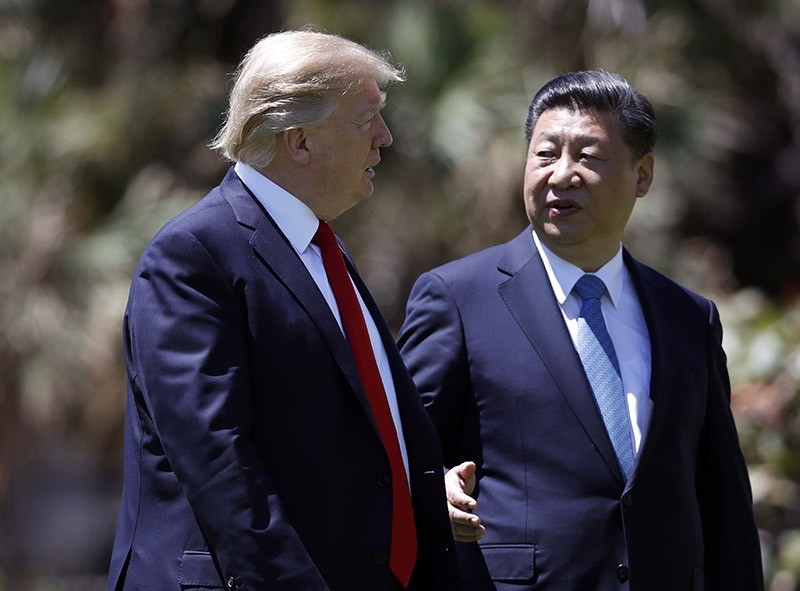 - In this April 7, 2017 file photo, President Donald Trump, left, and Chinese President Xi Jinping walk together after their meetings at Mar-a-Lago, in Palm Beach, Fla. (AP Photo)
by Associated Press
Apr 24, 2017 12:00 am

The Trump administration has warned that all options, including a military strike, are "on the table" ahead of a possible sixth nuclear test by Pyongyang, which could come as early as this week.

The call is the second time that the two leaders have spoken directly since meeting in Florida earlier this month as tensions mounted.