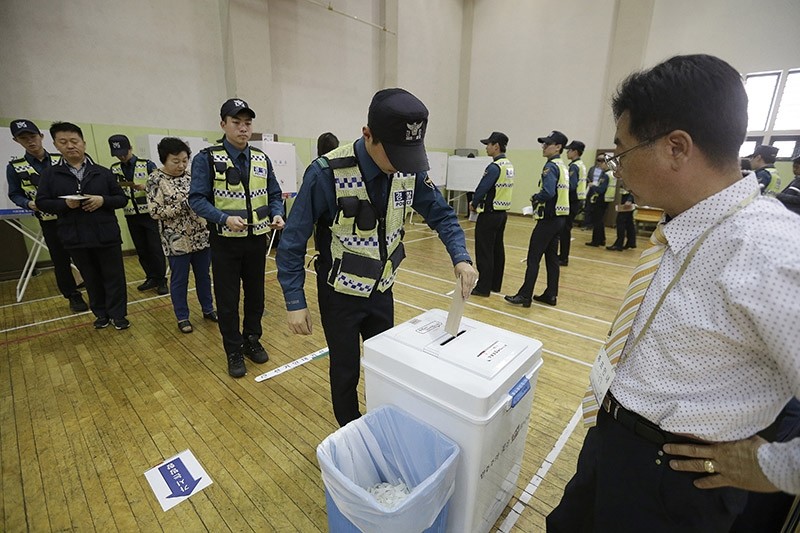 A South Korean police officer casts his preliminary vote for the upcoming May 9 presidential election at a local polling station in Seoul, South Korea (AP Photo)
by Associated Press May 04, 2017 12:00 am

Early voters can cast ballots Thursday and Friday before the election next Tuesday.

The winner of the election will be sworn in as the new president immediately, forgoing the traditional two-month transition. Park's impeachment and removal from office changed South Korea's election schedule, so the new president will serve a full five-year term.